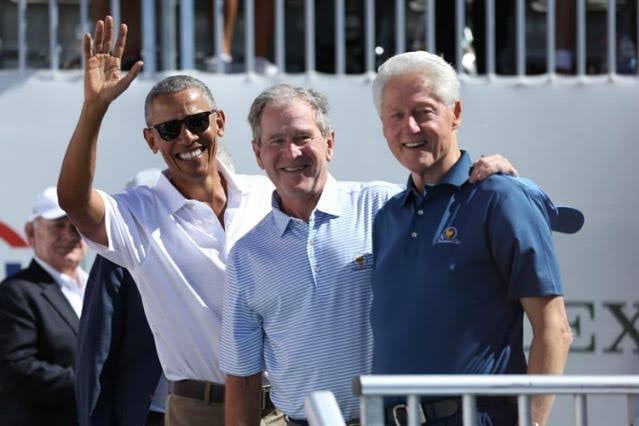 The FBI has halted a plot by an Iraqi citizen to assassinate former US president, George W. Bush.

Shihab Ahmed Shihab Shihab, who lived in Columbus, Ohio, has been charged with aiding and abetting the attempted murder of a former United States official, as well as an alleged attempt to illegally bring foreign nationals to the United States, according to the Justice Department

Court documents reportedly described how Shibab did reconnaissance work by driving to the neighborhood of Bush’s residence in Dallas. He is also alleged to have planned to smuggle four Iraqi nationals as part of the plot.

Shibab was arrested Tuesday, May 24, the Justice Department announced.

“President Bush has all the confidence in the world in the United States Secret Service and our law enforcement and intelligence communities,” Bush’s chief of staff Freddy Ford said in a statement.

The FBI uncovered the plot through confidential informants, one of whom recorded discussions about the assassination plot with Shihab in meetings late 2021 and through the spring, court documents show.

Some of the assassination conversations allegedly happened in November during a trip that Shihab and the informant took from Columbus, Ohio, to the Detroit area and back, according to the warrant application and a complaint filed in court that was made public Tuesday. 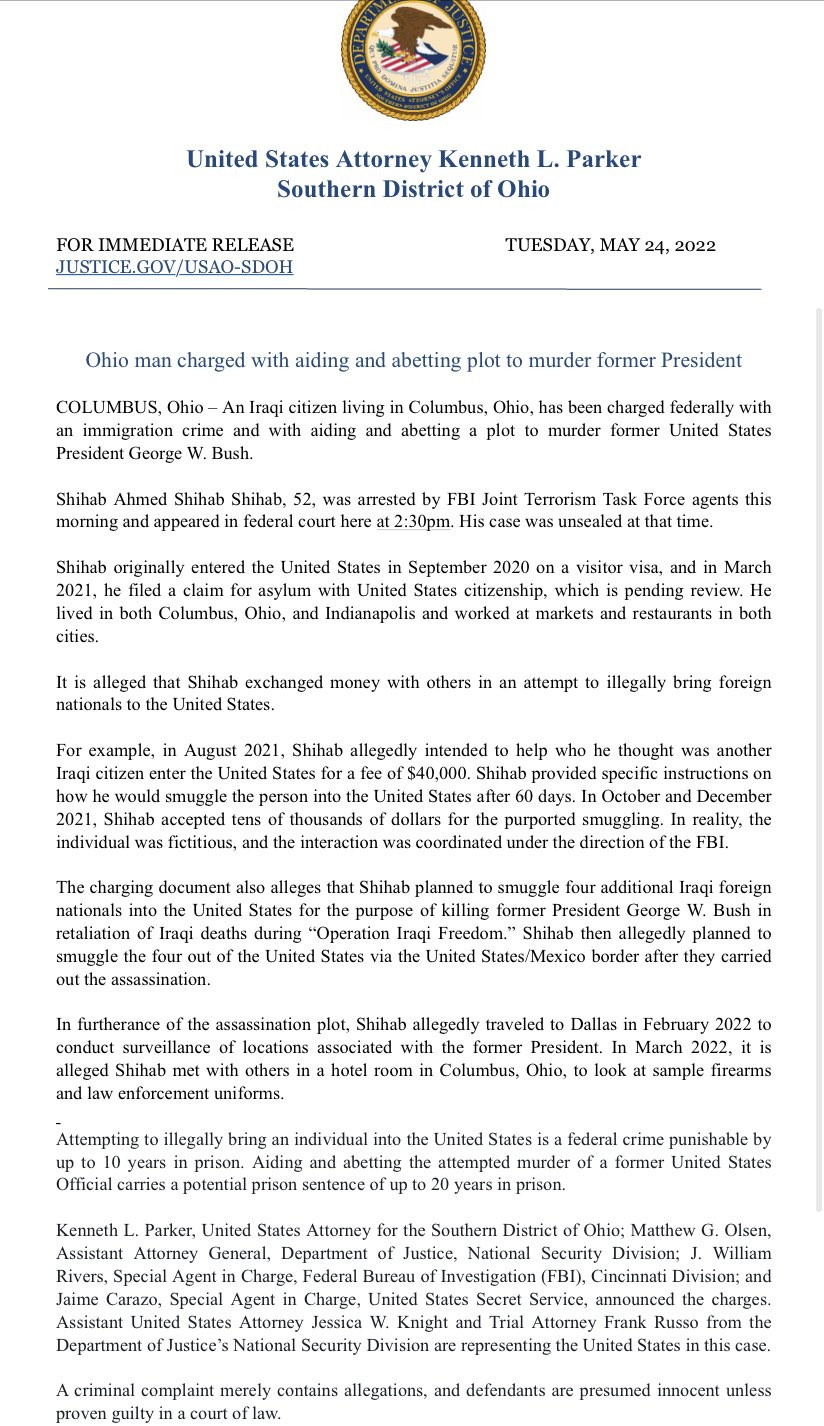 During the November meeting, Shihab is alleged to have told an FBI informant that “they wished to kill former President Bush because they felt that he was responsible for killing many Iraqis and breaking apart the entire country of Iraq.”

According to a report of the plot posted first by Forbes, the investigation was disclosed in a March 23 application filed under seal, seeking a search warrant for phone records of a person identified in the documents as Shihab Ahmed Shihab, who entered the US in September 2020.

Shihab allegedly described himself as a “soldier waiting for directions from the leadership in Qatar.”

During another meeting in January, Shihab allegedly described being part of an overseas group he called “Al-Raed,” which means “Thunder.”

The complaint says that Shihab told the informant in substances “that the ‘Al-Raed’ group that was planning to assassinate former President Bush was unrelated to ISIS, but he was hoping that ISIS would approve and collaborate in the assassination.”

In February, Shihab and the informant drove to the neighborhood of Bush’s residence in Dallas, as Shihab allegedly took videos of the neighborhood’s access gate and the surrounding area, according to the documents.

During the February meetings this year, Shihab and the informant also traveled to the George W. Bush Institute, where they walked around on foot according to court documents.

The next month, the informant met with Shihab in Columbus, and Shihab allegedly examined firearms and a US Border Patrol uniform that the informant presented to Shihab.

Court documents say the firearms and uniforms were provided to the informant by the FBI.

In 2021, federal investigators were keeping tabs on Shihab as he sought to help to smuggle individuals into the United States, according to the documents. A separate confidential source working with the FBI discussed with Shihab bringing a fictional ‘brother’ to the US, by spending $40,000 and bringing the person through Mexico into the US.

The final payment of $20,000 was set to be handed over at a Starbucks in Ohio, according to the court record. Shihab pulled up to the Starbucks, alone, in an old blue minivan, four days before Christmas 2021.

The FBI’s source recorded the meeting and paid Shihab in cash, investigators said.

“The interaction was coordinated under the direction of the FBI,” the Justice Department said in its press release about Shihab’s charges on Tuesday.

On Friday, May 27, he will be tried in court, the US Attorney’s Office of the Southern District of Ohio revealed