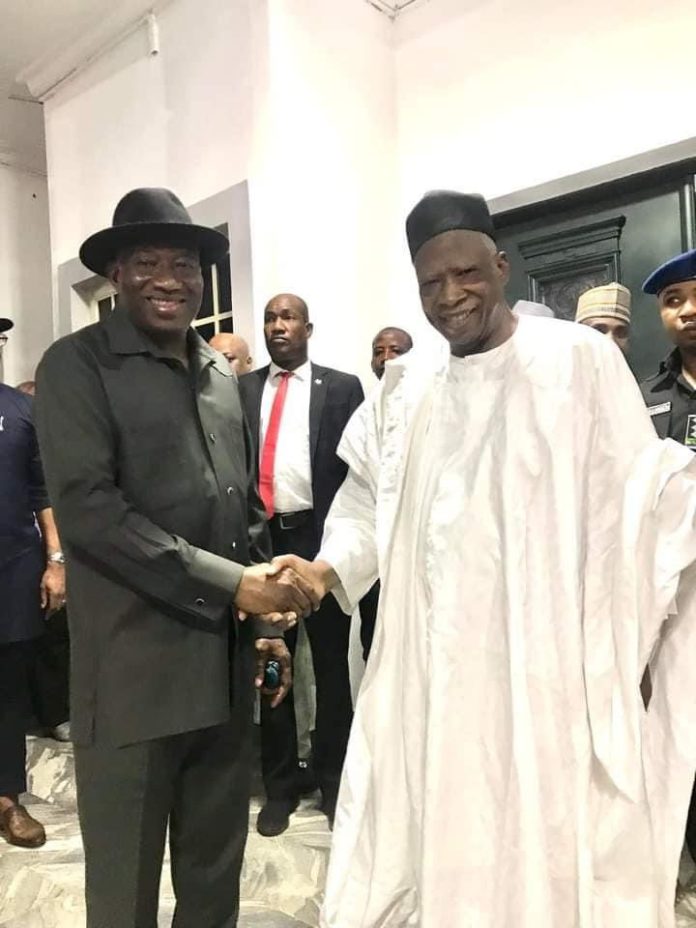 Former President Goodluck Jonathan met with the National Chairman of the All Progressives Congress APC behind closed doors Friday night. The meeting took place between 9 and 10 p.m. and lasted an hour. 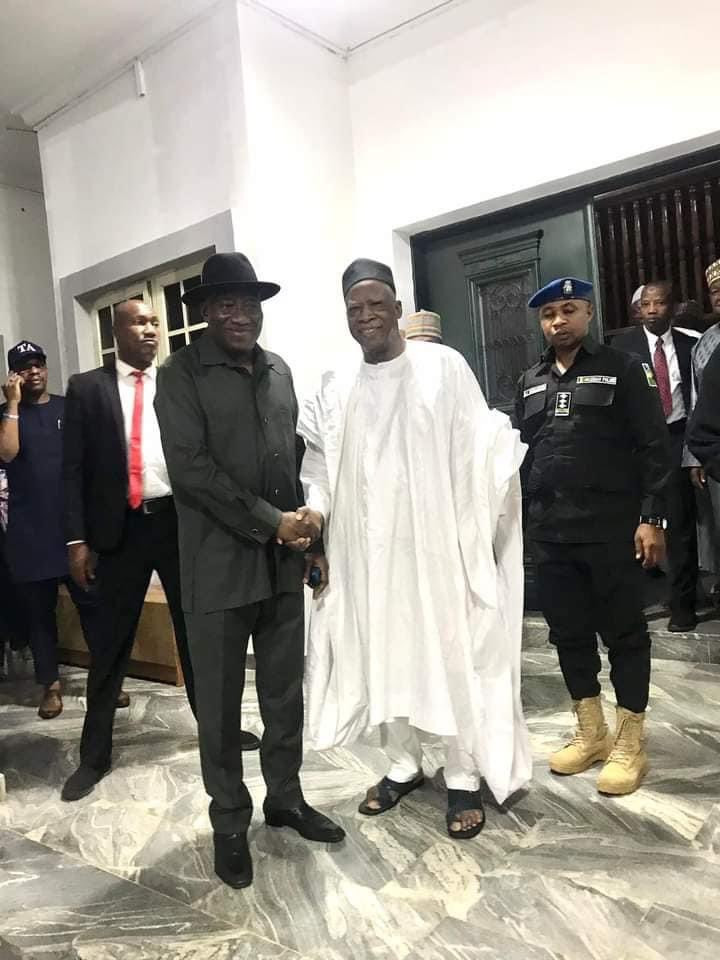 Jonathan distanced himself from the group in a statement released by his adviser, Ikechukwu Eze, and indicated that he did not sanction the purchase of nomination forms.