Home Entertainment “I Need a Man to Settle Down With Urgently” – Eucharia Anunobi... 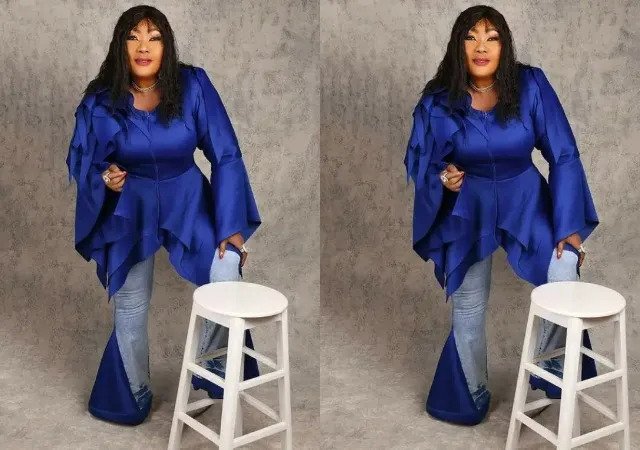 Nollywood actress turned Evangelist Eucharia Anunobi, has said she urgently needs a man to settle down with.

The actress reportedly made her desire known in a recent interview with BBC Igbo.

More so, this is coming a few days after rumor that she is having a secret affair with her younger colleague, Lucky Oparah, broke the internet.

It was gathered that the union produced only one child, Raymond Ekwu, who sadly died from complications associated with sickle cell anaemia at age 15.

While making her desire to remarry urgently know, she was quoted as saying: “Please, I use this opportunity and tell the world that want to marry urgently. A great man should show himself and put a ring on this finger of mine.

“My specification is a man who is God-fearing and handsome. He must be up to the task, having everything that makes a man male. You must be complete, that’s all can say.”