Home Entertainment If You Try To Hurt My Sons, You Will See A Lion... 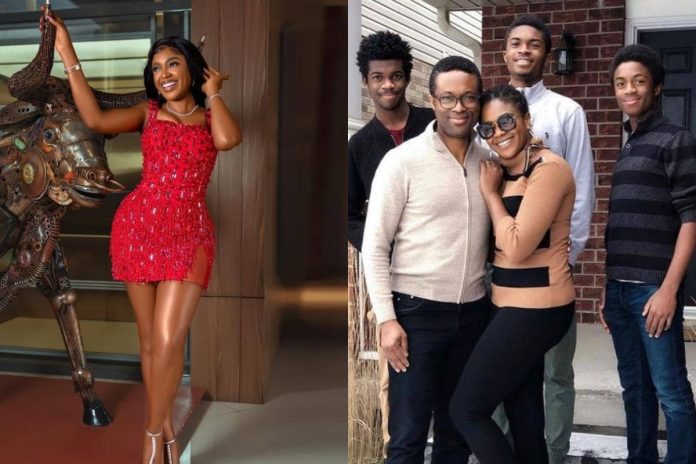 Actress Omoni Oboli has warned the girlfriends/wives of her boys saying if they hurt them in any way, they will see a lion in her because men are going through a lot too.

Omoni Oboli is a mother of 3 boys and knows what it is to be a mother of boys as she knows exactly what they go through as men hence have made us understand that men are going through a lot too as she says no to gender-based violence.

According to her, she’s a mom of boys and the sweetest person so her sons’ girlfriends/wives will enjoy her immensely but if you try to hurt her sons, you will see a lion in her that will shock you adding that some women are witches.

Read Also: “I’d rather die than fight over a man”, Caramel says

The post of Omoni Oboli is to the women of her sons against domestic violence as she says no to gender-based violence because men are also going through a lot at the hands of some women who are witches in disguise.

Therefore, if you hurt any of the sons of Omoni Oboli, just know that a lioness is coming for you as she’s not going to stand idle and watch you hurt her precious sons and go scot-free even though she’s a very nice person. 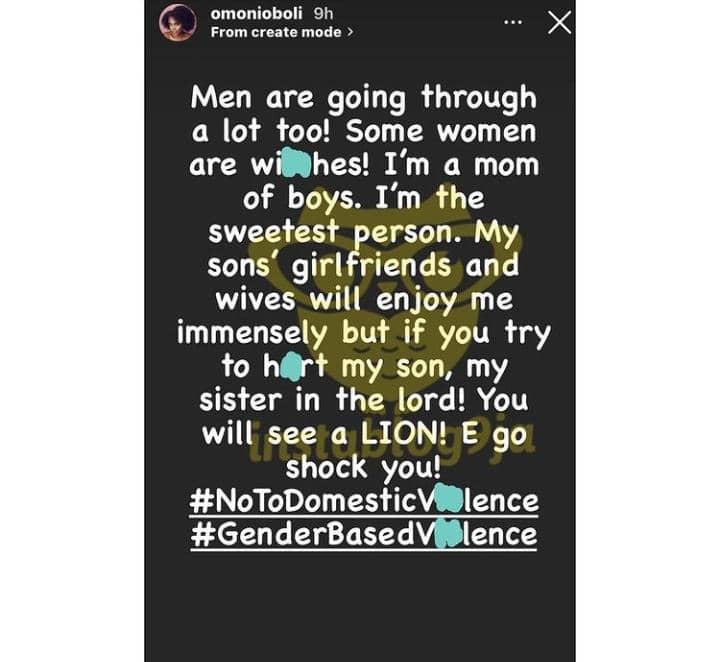