Home Entertainment “Make I hang am as souvenir”- Joeboy reacts as lady ‘stones’ him... 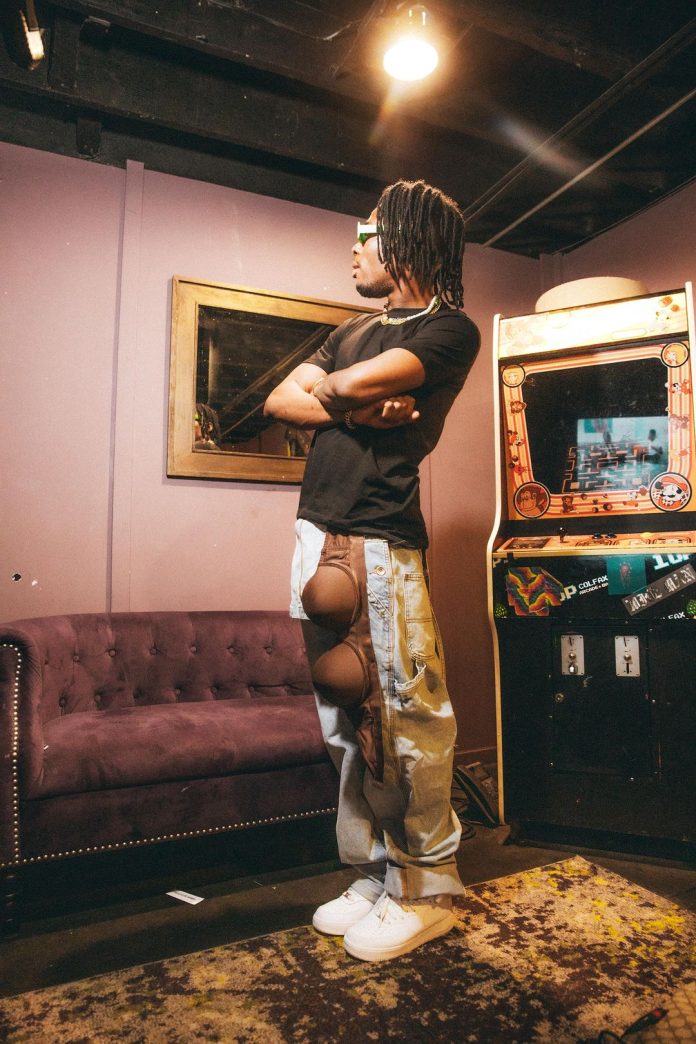 Joeboy, a popular artist, has sparked outrage online about the amount of affection he received from his female followers in America.

As he took the stage, the music artist, who is now on tour in the United States, was seen exciting his fans with performances.

A woman in the audience hurled her bra at Joeboy, and the incident was captured in a viral video. Joeboy was initially taken aback by the gesture as he stooped to pick the piece of undergarment.

The singer then asked about the owner before he proceeded to hanging it on his waist. According to him, he will be hanging it as a souvenir.

Joetech__graphics: “Nooooo, you no for touch ahm . Nah juju .”

Mullyboymusic: “Ashawo say who threw this .”

My Dad called me to talk about marriage – Joeboy