Home Entertainment Man Proposes to His Girlfriend In The Presence Of Singer Davido... 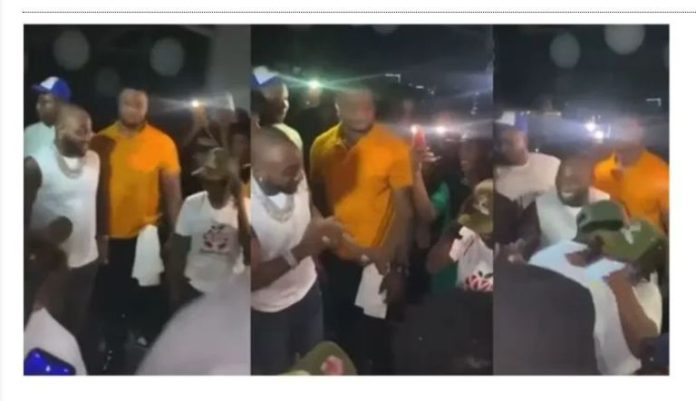 Nigerian singer, Davido was stunned by a guy’s braveness after the guy staged a proposal for his girlfriend in a club over the weekend.

The unidentified guy publicly professed his undying love for his girlfriend and declared his intention to marry her and spend the rest of his life with her.

The lady accepted the proposal and said yes, putting a smile on the face of the guy amid cheers and fans from the party guests.

Davido was one of the people who also campaigned and urged the lady to accept the proposal and he took pictures with the lovebirds and hugged them after their engagement.