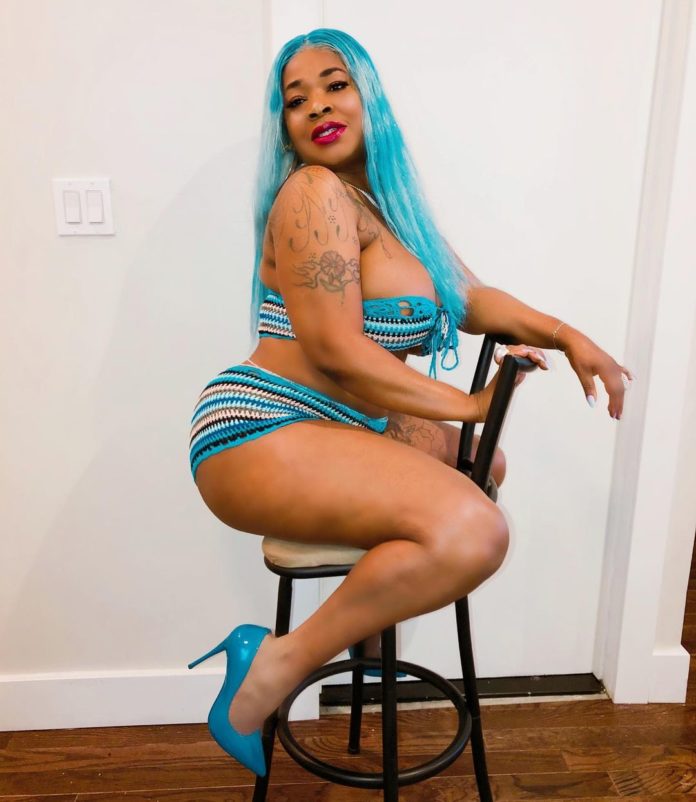 The 50-year-old Imo indigene stated this in an interview published by Saturday Vanguard.

Afro Candy, who is based in the US, said that at least a hundred men admire her daily but she was not looking forward to remarrying.

The actress was married to Bolton Elumelu Mazagwu and the union produced two daughters.

However, she said she was not considering going into another marriage because she cherished her space.

Asked if she was considering remarrying or returning to Nigeria to find a husband, Afro Candy said, “I am not relocating home to find a husband. There are many husbands all over the world. It’s not all about getting married again. To me, marriage is worthless. Am sorry to say, I don’t need anybody in my space. First of all, I am used to sleeping alone in my bed. I don’t want a man in my bed anymore.

“It kind of makes it like someone is trying to choke me. I need my space, I don’t want anybody choking my life.

“I don’t want anybody occupying my bathroom when I want to go in there. Besides, I am beginning to think men are not really clean or not really okay. They’re gonna blow their nose in the sink and probably not wash it.

“They will pee in the bathroom and maybe pee will touch this thing, they might not wipe it off.

“When they shave and maybe those small tiny things will be on the…, men, it’s too much.

“And when you want to sleep they will just be there, snoring and gassing (farting). I don’t think I will ever get married again. I don’t really know. But never say never. I don’t want to argue, I don’t want arguments in my life at the moment because I am focused and I have a goal I want to achieve. We are not getting any younger. I don’t want to waste my youthful life on unnecessary arguments.”

ANONYMOUS: “We simply can not make love every night because she wants to lie in-between us,” a lady moans about her mother-in-law and her...