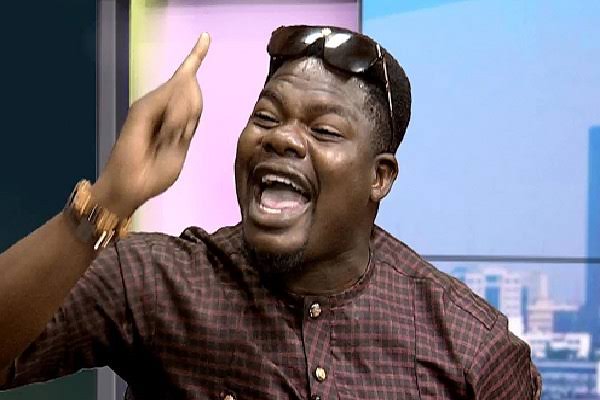 Mr Macaroni has apologised for making a skit on nurses which has been criticised as “uncultured.”

He, however, pointed out that he was not going to stop making skits about women because of the criticism.

The comedian, who plays a randy father figure in his skits, responded after a viewer called him out on Twitter.

On Sunday, the user identified as Osagie accused the comedian of portraying nurses as sex objects in his latest skit.

“The nursing community’s attention has been drawn to your recent videos promoting nurses as sexual objects. It’s funny until health care professionals start trending as ‘sexual objects’, raunchy and uncultured,” he wrote.

“Obviously your comedy centers around playing with the mind of viewers by using sexually provocative images of endowed women. Though you pass some messages to those in power which you can call your own “sauce”.

“This is uncalled for and shouldn’t be taken as a light joke. The media misrepresentation of healthcare professionals (specifically nurses is an eyesore) and long-lasting solutions should be preferred including every nurse!

“We have worked hard over the years to give nurses a positive public image. It is very disappointing that a man of your Status will wake up to make a video to further promote the negativity that nurses are sexual objects.

“The Nursing Community needs a Public apology and we demand your Video about Nurses be taken down. You have been to different countries in the world @mrmacaronii

“Where have you seen nurses dressed that way as you promoted on your video? This is unacceptable to nurses. Takedown the video and do the needful.” 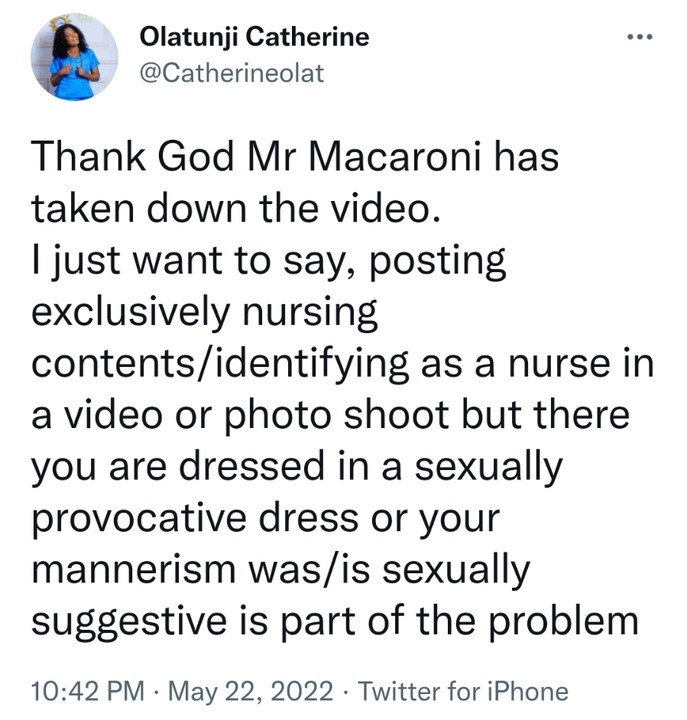