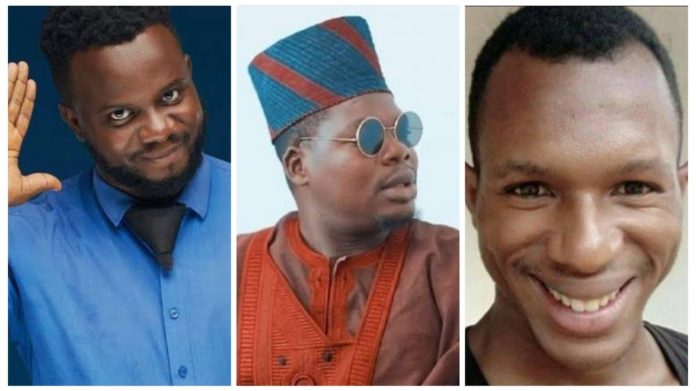 Sabinus emerged the best beating MC Macaroni and four others.

Taking to Twitter, Daniel Regha trolled Sabinus saying that wining the Best Online Social Content Creator Award was a joke and adding that he didn’t deserve it. He went further to say that Sabinus was over hyped and saying that Mr Macaroni deserved the award.

Mr Macaroni moments after the post, replies Daniel Regha saying that Sabinus winning the AMVCA Award was well deserved adding that Sabinus has brought a lot of laughter to the face of people including himself (Mr Macaroni).

He shared glory in Sabinus’ win since he had the pleasure to feature Sabinus in about 3 of his skits.

He concluded by saying that no one should spoil the beautiful moment.

Sabinus winning the AMVCA Award is very well deserved!! He has brought joy and laughter to the faces of millions including mine. I have also had the pleasure of featuring him in about 3 of my contents. I share in his win.
Please let us not ruin this beautiful moment. https://t.co/ZpQC7lVRNR