Home Entertainment Celebrities “I Need To Leave This Country & Go To South Korea” –... 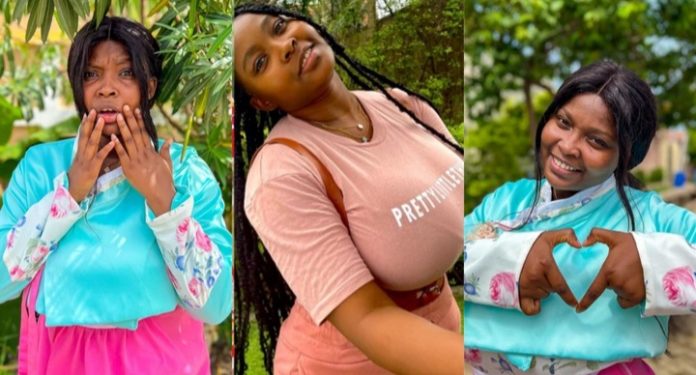 Nigerian busty and beautiful fast-rising actress and content creator, Kemi Ikuseedun who is famously known as Mummy Wa took to her social media account on Instagram to share new pictures of herself as she shows off her Korean Outfit. Mummy Wa has always claimed that she loves watching Korean movies and she is understanding the language just by watching she decided she needs to leave this country and go to South Korea as she reveals in her newly posted pictures.

She posted these pictures of herself slaying beautiful Korean outfits and she believes that she is now prepared to move out of Nigeria for South Korea anytime soon. In other words, Mummy Wa recently posted a comic video of herself and she was speaking only Korean in the video this is also to show how creative she is with her acting career and it will not be a surprise if she finally visits South Korea for the first time in her life.