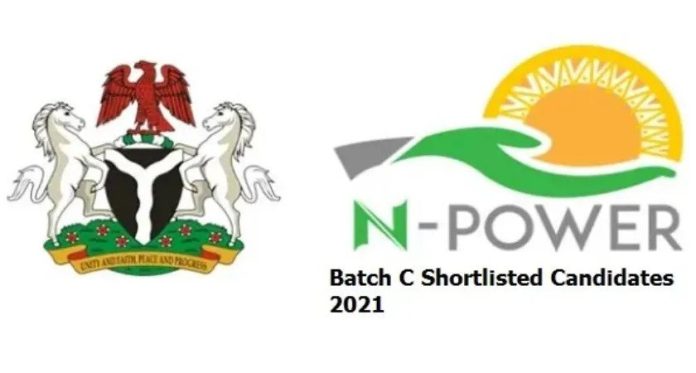 The shortlisting process for Npower Batch C, stream 2 has begun, according to administrators of the federal government’s social intervention program.
On Monday, May 16th, 2022, the announcement was made via the Npower scheme’s social media accounts.

After validating their status on the NASIMS self-service site, the successful candidates should proceed to biometric capture.

Applicants can check their status by going to www.nasims.gov.ng or dialing *45665# and following the instructions. 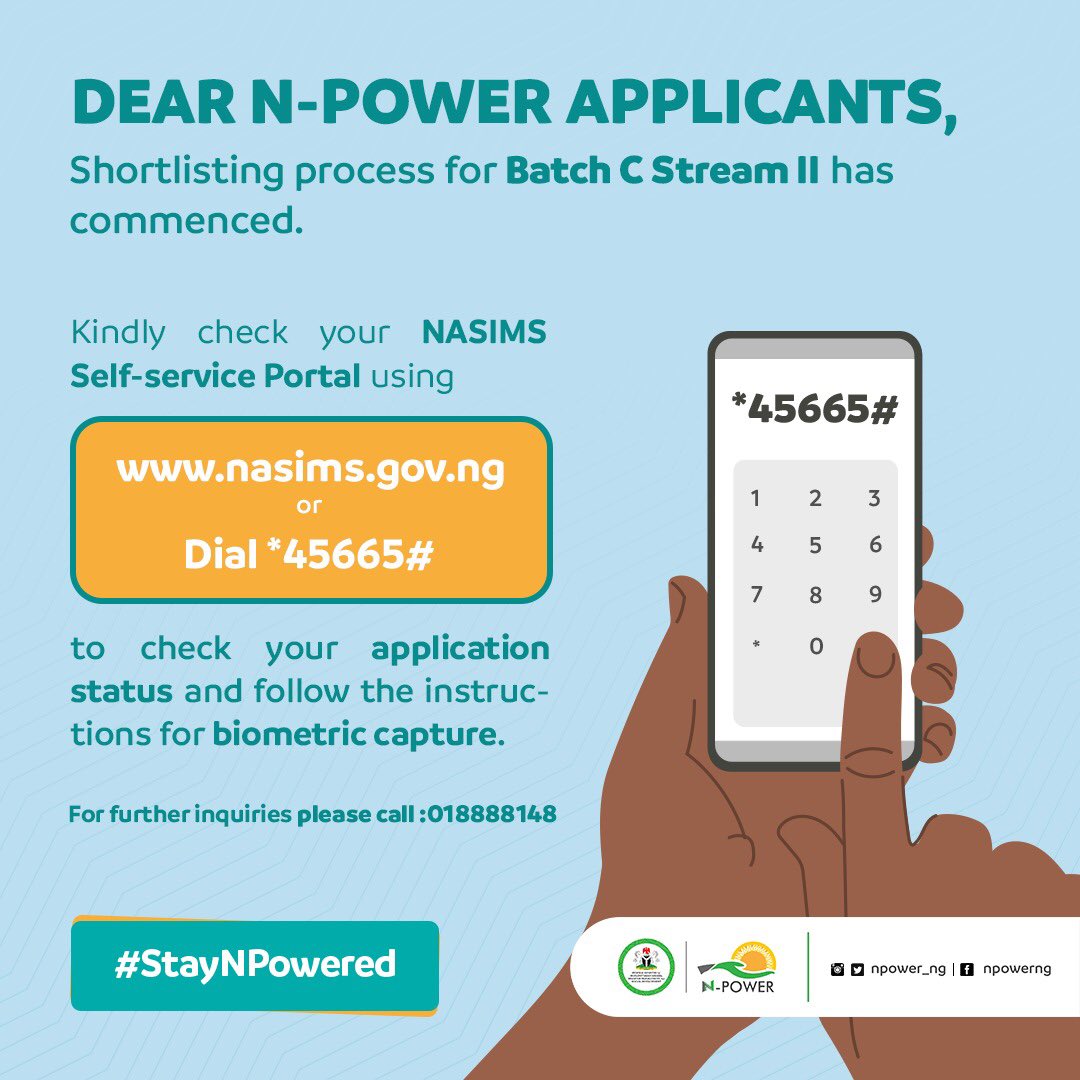 It will be noted that the Federal Government recently announced that an extra one million NPower beneficiaries had been approved for enrollment.

Sadiya Farouq, the Minister of Humanitarian Affairs, Disaster Management, and Social Development, acknowledged this in a statement acquired by journalists on April 3.