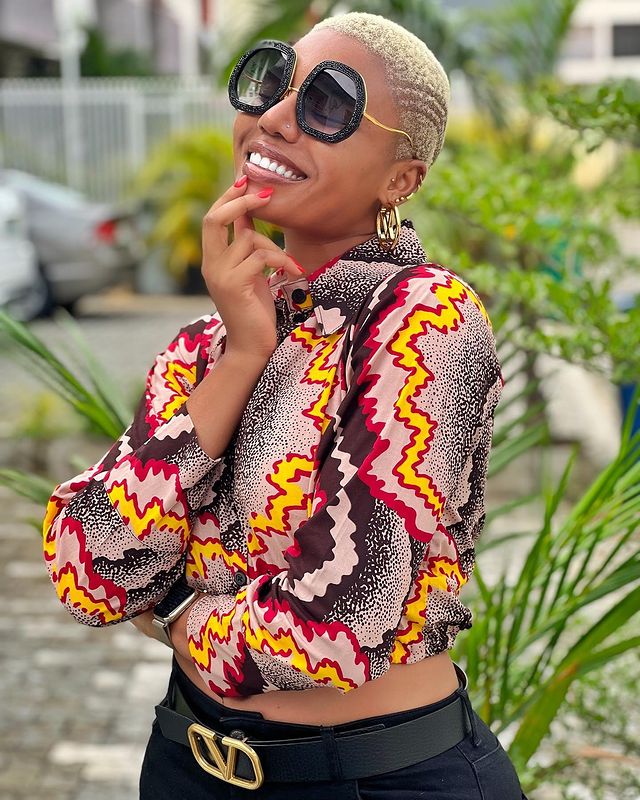 Nancy Isime is one of Africa’s most accomplished young ladies in modelling, acting, red-carpet hosting, and television hosting. The chubby, multi-talented actress in Nigeria’s entertainment business is surprisingly well-known. so let’s explore her biography, age, net worth, and career.

Nancy Isime was born in Lagos State on December 17, 1991. However, she is from Esan, Edo State. Her parents, Mr and Mrs Isime, nurtured Nancy and her three siblings. On April 28, 1996, the actress claimed that she was her mother’s only light-skinned child.

Her mother died when she was five years old, and she was nurtured by her strict father, whose disciplinary acts shaped her into the woman she is today. The actress said that she had a difficult life, was depressed, and tried suicide for the first time when she was a child.

Isime received her primary and secondary school education in Lagos, Nigeria. She graduated from the University of Lagos with a diploma in social work and completed a six-month course at the University of Port Harcourt.

She went on to work with well-known brands such as Konga Online, House of Marie, Shakara Couture, Ade Bakere, Zizi Cardow, Adebayo Jones, and others after that. She debuted as an actress in the television series Echoes in 2011.

She hosted The Squeeze, a popular gossip show, a technology show called What’s Hot, and a backstage section on MTN Project Fame Season 7.

She co-hosted the “Headies” in 2019 with Nigerian musician “Reminisce.” That year, she debuted her talk show, “The Nancy Isime Show.” The show, which has been broadcast for three seasons, is supported by several well-known companies. Nancy took over as host of The Voice Nigeria in 2021.

The following are some of the movies by Nancy Isime:

The following are some of the awards for which the actress has been nominated or won.

● She won the City People Entertainment Award VJ of the Year in 2016.

● The SEWAF Style Awards named her the Most Stylish Emerging Actress of 2017.

● Female On-Air Personality (OAP) is a 2016 nominee for the Nigerian Broadcasters Merit Award.

● At the Best of Nollywood (BON) Awards – 2019, she was nominated for Best Actress in a Leading Role (English).

Nancy Isime, like her counterparts in the entertainment business, has impeccable taste in automobiles and homes.

She became a Mercedes Benz owner in 2021 when she purchased the stunning Mercedes Benz GL63 4matic for about 35 million NGN last year.

Nancy Isime also has other vehicles, such as a Toyota Camry.

In the early days of 2019, the lovely screen relocated to a new flat in Lagos.

She has never been hesitant about displaying the view from her flat to the rest of the globe.

Nancy Isime is currently one of the most influential Nollywood actresses and among the highest-paid actresses, with an estimated net worth of $500,000 dollars.

What is Nancy Isime Net worth?

Nancy Isime is currently one of the most influential Nollywood actresses and among the highest-paid actresses, with an estimated net worth of $500,000 dollars.

Nancy Isime’s relationship is one of her fans’ most often asked questions. The stunning actress hasn’t married yet, but she is reported dating someone. The young actress disclosed the type of man she prefers to date or be in a relationship with during one of the interviews.

How old is Nancy Isime?

Who is Nancy Isime husband?

She stated that she prefers to date a goal-oriented, dynamic, and hardworking man. She made it clear that she is not interested in dating broke men. Nancy Isime’s husband is unknown, although she appears to be content in her relationship.

Who is Nancy Isime boyfriend?

Nancy Isime has not given a hint about her love life.

Does Nancy Isime Have A Child?

Nancy does not appear to have any children. However, some claim that Chisom Oguike, a child actress, has a striking resemblance to her.

Is Nancy Isime a twin?

Nancy Isime is not a twin. However, she played the role of twins in Kylie’s Quest as Kylie and Kara.