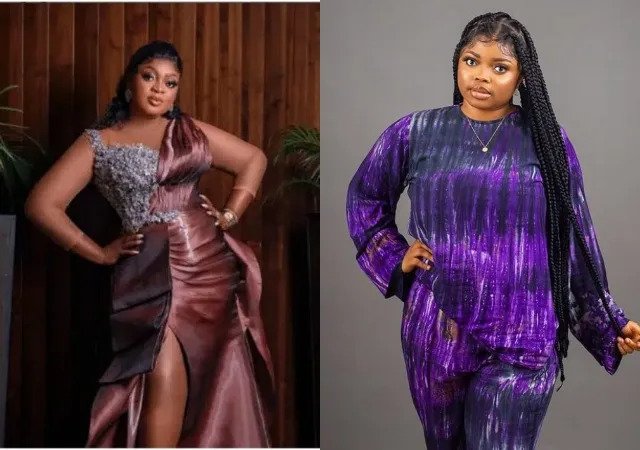 Eniola Badmus and other Lekki Babes who have surgically modified their bodies to seem more appealing and ooze sex appeal have come under fire from actress Olayode Juliana.

Olayode Juliana, the former Jenifa’s diary star, recently posted a cryptic statement on her Instagram page, advising women to embrace their bodies instead of spending so much money to have them worked on.

This comes after Nollywood actress Eniola Badmus made news for her transformation figure and stunning style at the AMVCA, according to Kemi Filani.

Since her body transformation, Eniola Badmus who is now a TikTok addict has never ceased to leave many of her fans in awe of her new look.

The actress stepped out in style for the AMVCA season 8 edition and many noted the huge difference between her former AMVCA red carpet look and the present.

Although the actress did not explicitly spell out the procedures that resulted in the weight loss, from her explanations, it appears that the actress must have undergone gastric bypass surgery. SEE HER FULL POST HERE.