Home Entertainment Rapper CDQ Charges Davido $10,000 to Cook for Him After Singer Drooled...

Popular Nigerian rapper, CDQ, has shown fans that there is more to him than music and that he is also good in the kitchen.

Just recently, the music star caused a buzz online after he prepared noodles, fried plantains and fried eggs then he shared a video of his plate on social media.

Taking to his Instagram story, CDQ accompanied the clip of his mouthwatering food with a caption where he gave fans tips on how to get the best result.

According to him, people should try cooking their noodles with ofada sauce and also make sure their plantain is four days ripe before frying it.

He also advised them to fry their eggs with sardines. 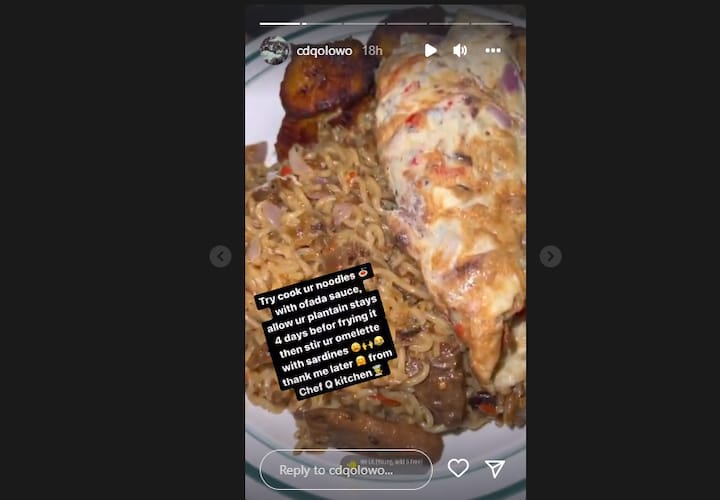 Not long after CDQ shared a video of his plate online, top Nigerian singer, Davido, went to his DM to drool over it.

In the private message, the DMW boss asked CDQ when he would be coming to also cook for him.

To that, the rapper responded by stating his fee. 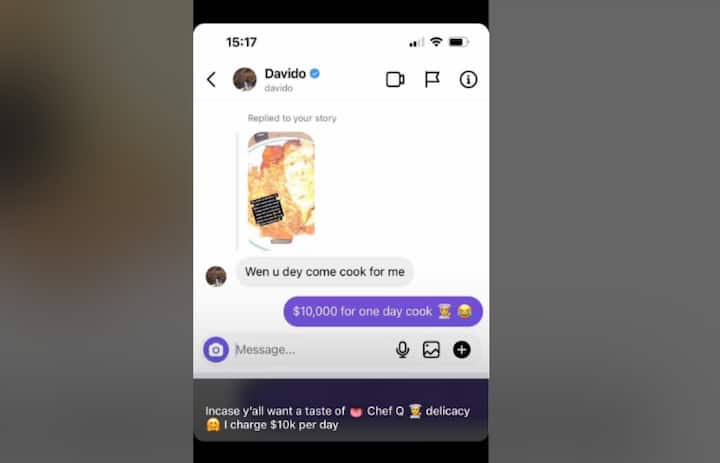