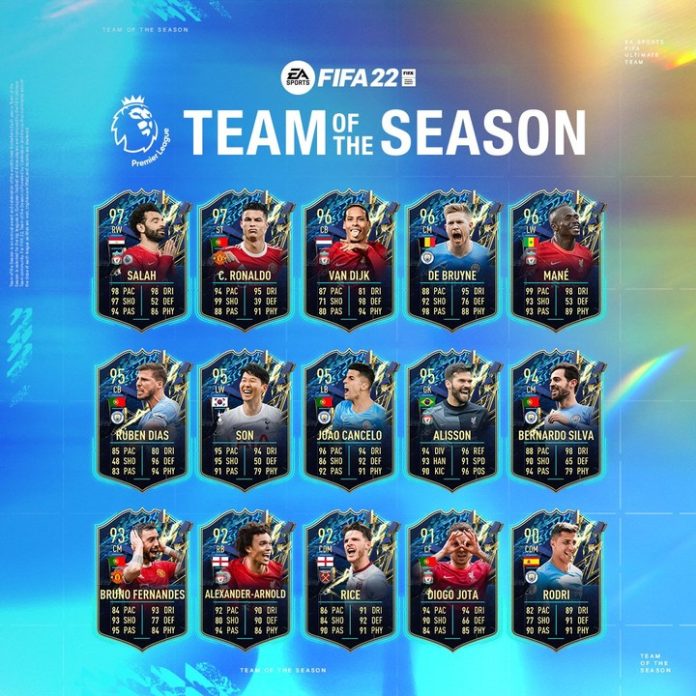 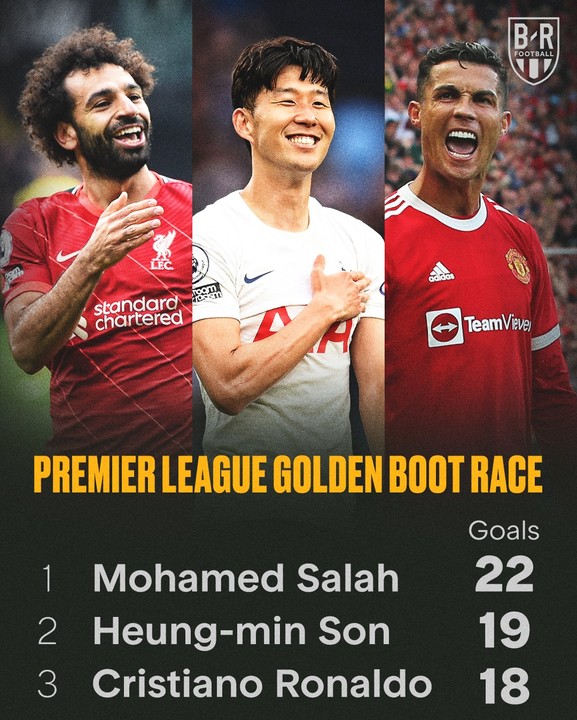 EA Sports have released the Premier League Team of the Season (TOTS) squad in FIFA 22, featuring the likes of Mohamed Salah, Cristiano Ronaldo and Heung-Min Son. 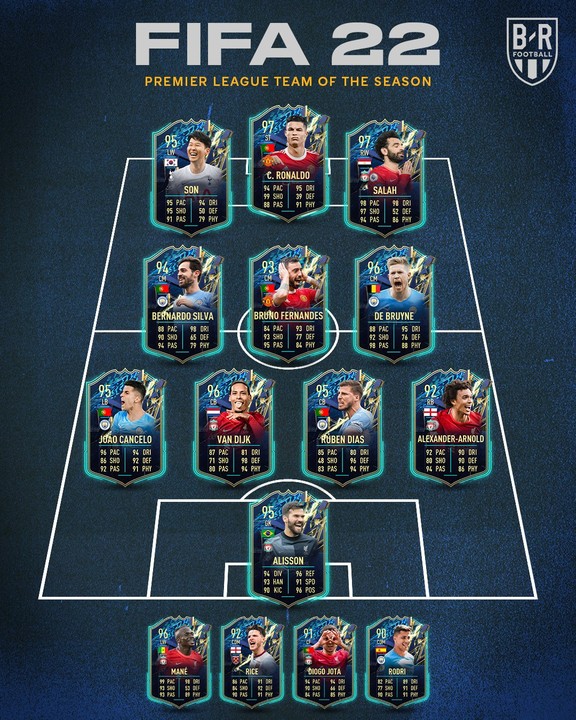 The FIFA 22 Premier League Team of the Season (TOTS) squad was revealed and released into packs by EA Sports at 18:00 PM BST on Friday, May 6 2022, with the final squad chosen by the FIFA community. 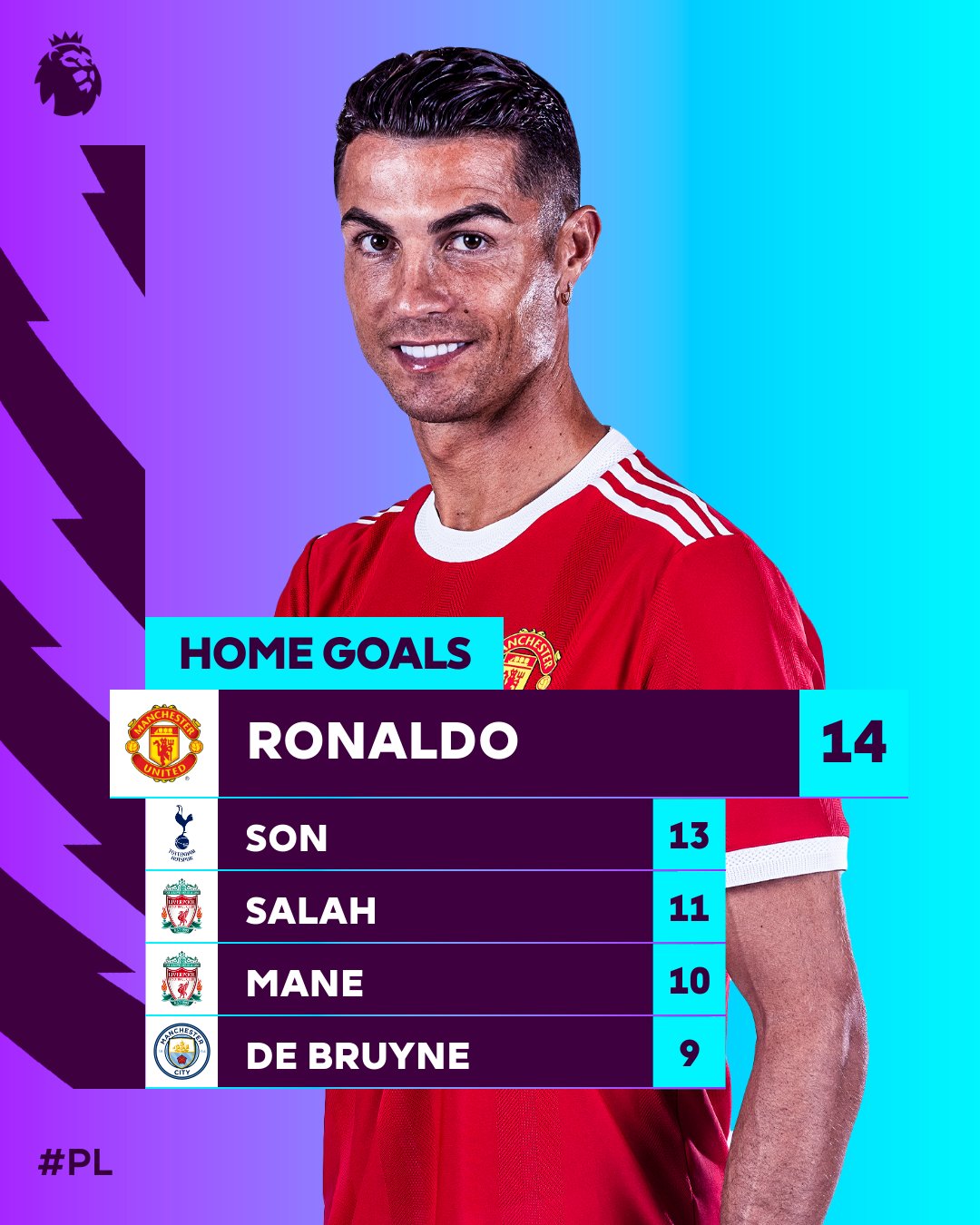 The Team of the Season Promo awards the best performing players around the world with special, heavily boosted player items in FUT 22. Mohamed Salah and Cristiano Ronaldo lead the Premier League TOTS squad as the highest-rated players, rated 97 overall.

Along with Salah are some of the worlds best players including Liverpool’s Virgil van Dijk, Trent Alexander-Arnold and Alisson, Manchester City’s Kevin De Bruyne and Joao Cancelo and Spurs’ Heung-Min Son. The 15-man squad features six Liverpool players and five Manchester City players, highlighting the impressive performances from both teams this season.