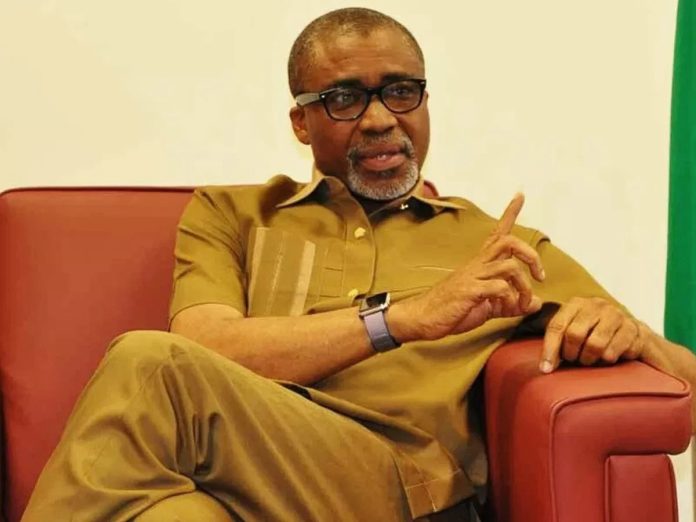 The governorship candidate, who has expressed displeasure with the state chapter of the party’s handling of the political process, has also resigned from his role as senate minority leader in the national legislature.

This comes just days after Abaribe withdrew from the PDP governorship primary set for Wednesday, citing a lack of transparency as the basis for his departure.

Senator Abaribe informed the Chairman of the PDP in his ward, Ward 5, Obingwa Local Government Area, Abia State, in a letter.

Reason for dumping PDP… will now move to APGA

Abaribe in his letter dated May 24, 2022, wrote, “This development is consequent upon the shameful display of illegality, impunity, and undemocratic decision of the party and after due consultations with my constituents.’’

According to Channels, he said that he would be contesting for the senatorial seat under the All Progressives Grand Alliance (APGA) platform.

In a separate letter, Senator Abaribe notified Senate President Ahmed Lawan of his resignation from the PDP.

He said, “This also means my resignation as Minority Leader of the Senate.

“I wish to thank you and my dear colleagues in the leadership of the Senate for the warm camaraderie we enjoyed while I was Minority Leader.”

In case you missed it