Home Entertainment Tega Dominic confronts Sammie on Twitter after he accused her of stealing... 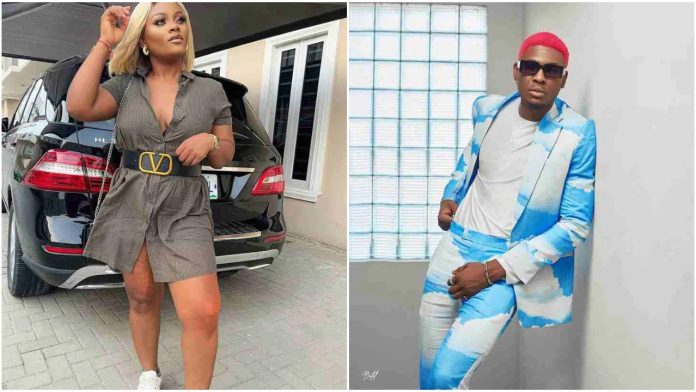 On the microblogging platform Twitter, reality stars Tega Dominic and Sammie are having a minor brawl.
This follows Sammie’s accusation that Tega stole his chicken from Biggie’s house. During an IG live video with his colleague, Emmanuel Umoh, he revealed this.

However, shortly after the video went viral on social media, Sammie sent out a new tweet, to which Tega Dominic responded, accusing him of stealing his meat.

Sammie defended himself by claiming that the video isn’t from recently and that it’s a premeditated attempt to create drama.

However, because of how people could understand his initial assertion, the mother of one asked that he publicly clear the air and recant his statement.

Below are screenshots of their conversations: