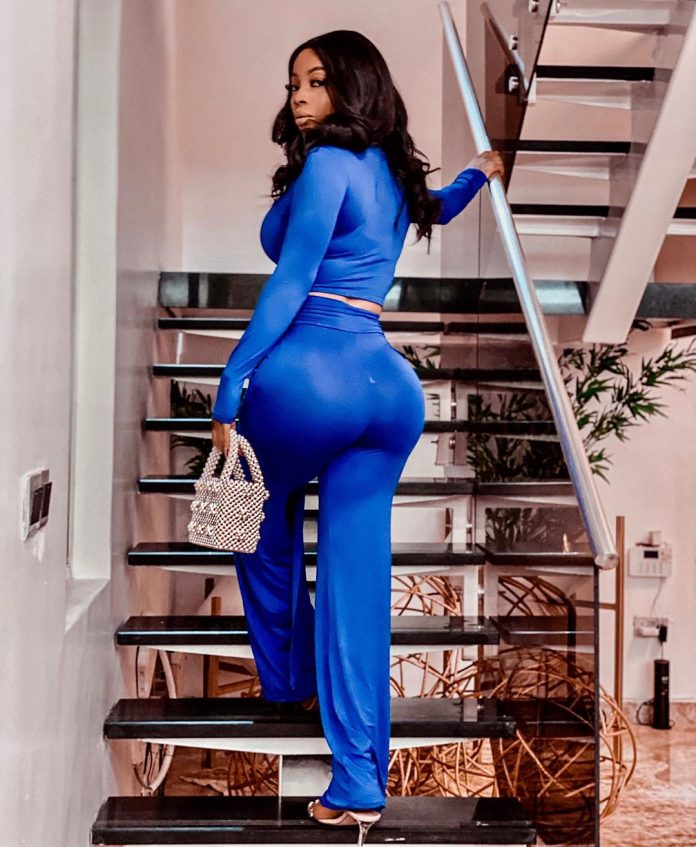 Toke Makinwa, a popular TV personality, has responded to a Twitter user who chastised her for not giving gratitude to the doctor who performed her back surgery.

A Twitter user who was perplexed as to why Toke Makinwa credited everyone who contributed to her stunning AMVCA gown but not the doctor allegedly responsible for her stunning figure decided to call her out.

Toke, who found the tweet amusing, laughed it off and claimed that the internet had yet to be defeated. “Of all the tweets from Amvca8 you see this one ehn.”