Flashing back to the scene of the 19year old boy proposing to his girlfriend, According to information received then, a 19-year-old Nigerian boy proposed to his fiancée on her 17th birthday. The incident occurred in the Edo State capital of Benin. 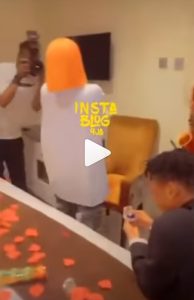 The young man and his girlfriend stood outside their hotel room while knocking in the viral video.

Astonishingly, the door swung open and they both entered, only to find a birthday surprise in the form of trumpeters singing for her on her special day.

Soon, her boyfriend went on his knees with a ring in his hand as he proposed to his enthused girlfriend. 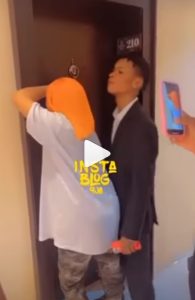 Information just reaching creebhills stated, “According to claims of infidelity, The wedding of a 19-year-old boy and his 17-year-old girlfriend was called off”.

See the video below;

mtasirymc: #breakfast is a national cake.

janelleometere: It’s his coat for me😂😂

youngnaval: From there age u can tell,them need to experience more breakfast for them to be strong