Home Music Justin Timberlake’s entire song repertoire is being sold for a reported $100...

Timberlake has sold his music to Hipgnosis Song Management in London, joining a growing list of musicians who have sold the rights to their music for millions of dollars.

According to Hipgnosis CEO Merck Mercuriadis, Hipgnosis Management purchased all of the singer’s copyrights on tracks he wrote or co-authored, totaling 200 songs, on Thursday, May 26.

“SexyBack,” “Can’t Stop the Feeling,” and “Mirrors” are among the tunes purchased.

According to The Wall Street Journal, the music library was purchased for $100 million. 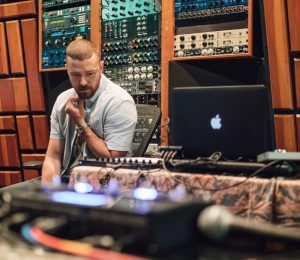 After becoming famous in 1995 as a part of the boy band N-SYNC, Timberlake has been singing for the past two decades.

Following the group’s breakthrough, he embarked on a solo career, releasing five studio albums and 40 singles.

Timberlake’s publishing rights are only covered by the deal, meaning only songs that he co-wrote are included.

In a press release issued Thursday, Timberlake said, “I am pleased to be teaming with Merck and Hipgnosis — he values artists and their creative work and has always been a great supporter of songwriting and storytelling.” “I’m excited to start the new chapter.”

The music library transaction, according to Mercuriadis, took nearly a year to complete.

He now joins the ranks of artists such as Bob Dylan, Bruce Springsteen, Neil Young, and Stevie Nicks, who have all sold their life’s work for cash.

Hipgnosis purchased The Chainsmokers’ repertoire in 2019, and Shakira signed a deal with Hipgnosis in January.