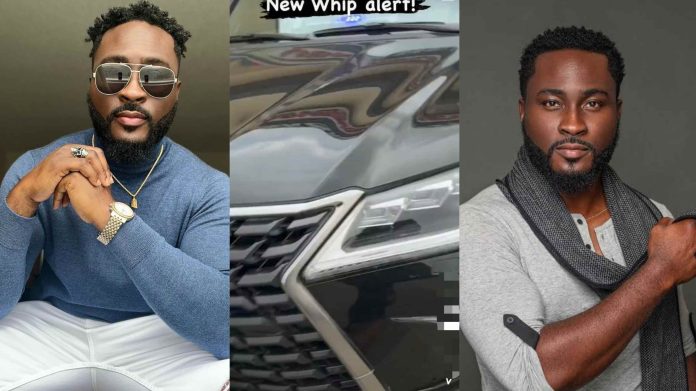 Pere is going loud on Twitter after a few trolls slammed him for going for a second hand SUV and proudly flaunting it as a new acquisition in a fresh post.

The former soldier who attained fame on the last edition of the Big Brother Nigeria reality show hours ago announced the purchase of his new ‘SUV’, a photo of which he posted online.

The photo also afforded fans a rare view of the interior of the SUV which looked new with leather still covering the Lexus seats.

Read Also: “Anyone that says we are one Nigeria is a big liar” – Chioma Ifemeludike fumes over recent crisis

Pere Egbi, having taken notice of the trivialities of the same haters, took to his Twitter page to lambast the critics as he stated that he doesn’t do fairly used; if it isn’t a brand new car, he wouldn’t accept it.