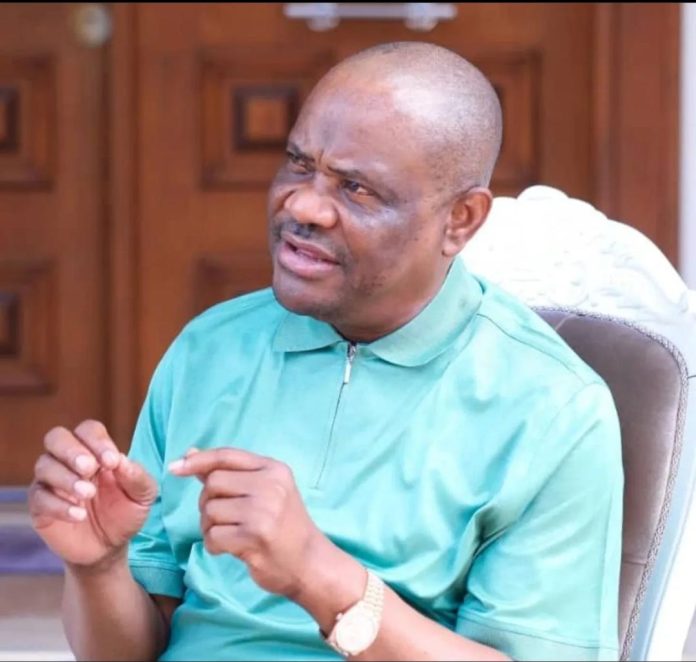 Governor of Rivers State, Nyesom Wike, on Tuesday, disclosed his grouse with former President of the Senate, Bukola Saraki; and Governor of Sokoto State, Aminu Tambuwal, over zoning of the presidency to the South ahead of the 2023 general elections.

Wike said he had always supported presidential aspirants from the North, wondering why those he supported in the 2019 elections are now aspiring to be president in 2023.

He stated this while appearing on Politics Today, a current affairs programme on Channels Television, monitored from Abuja on Monday.

Wike claimed to have supported Tambuwal to become Speaker of the House of Representatives and Saraki to become Senate President against all odds.

READ ALSO
Yusuf Buhari recovers ,to be discharged from hospital

The governor also noted that only Governor Samuel Ortom of Benue State had personally expressed his support for his presidential bid.

When asked about his relationship with Saraki, Tambuwal and other governors on the platform of the Peoples Democratic Party, Wike stated that the problem he had with Nigerians was that “people don’t want to tell the truth and I feel so bad.”

Wike said, “There is nobody today contesting for president of this country from the North that I did not have a relationship with or that I did not support. There are nine of them who have not come to me to say, ‘Wike, with you, I think I will have my way.’ And I always told them, ‘I agree, but what is on the ground; what is on the table?’

“If you ask most of my friends, the problem I have with friendship is that if we agree on something, let’s keep to it. If there is any reason why that shouldn’t be done, I should be notified.”

He added, “I will tell you one. Sadly, it is with one very intelligent young man Nigerians listen to – Bukola Saraki with all due respect. I was one of those who made sure he became a Senate President. He was in APC. I tweeted and spoke about his intelligence. Whether you hate him or you don’t like him, this young man is intelligent. Why would you not allow such a person to be at the helms of affairs? I never hid my feelings.