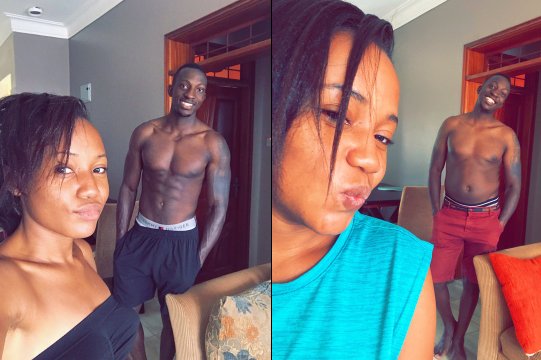 A woman has grabbed the attention of Twitter users after she shared before and now photos of what herself and her man.

“How it started VS how it’s going,” the woman wrote as she shares side-by-side photos.

In the first photos, the man is seen looking ripped. In the second, his six packs was gone and has been replaced by a tummy pouch.

Twitter users reacted, telling her that her husband looked better before than now.

The woman responded, telling them that he is now more focused on taking care of his family than spending time at the gym. 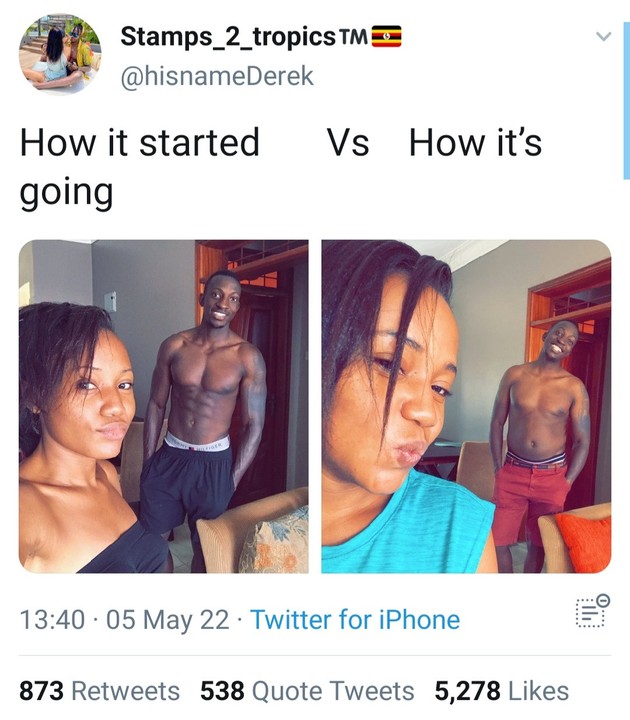 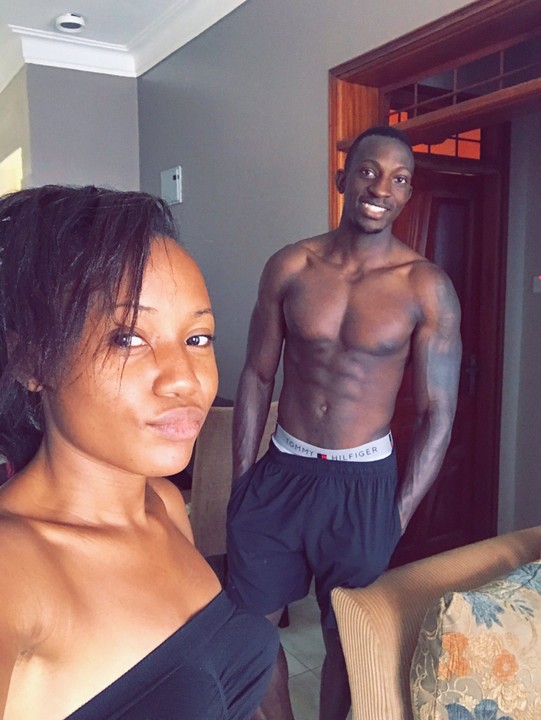 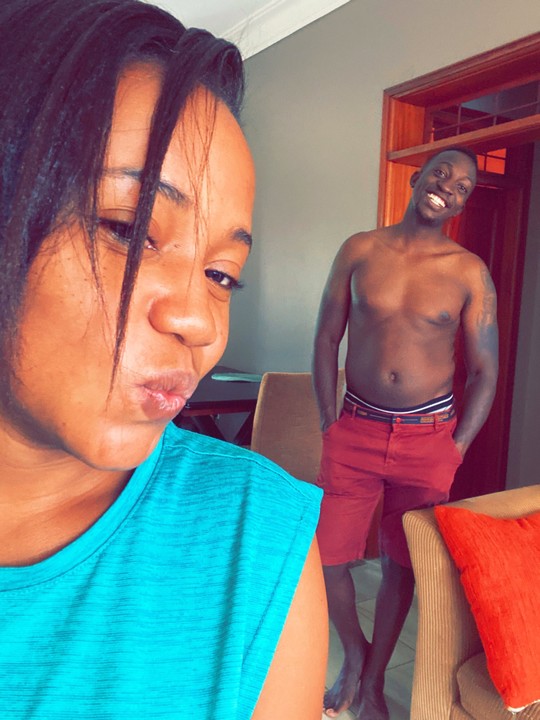 ANONYMOUS: “We simply can not make love every night because she wants to lie in-between us,” a lady moans about her mother-in-law and her...