Home News Ahmad Lawan In Trouble As Bashir Machina Refuses To Step Down From... 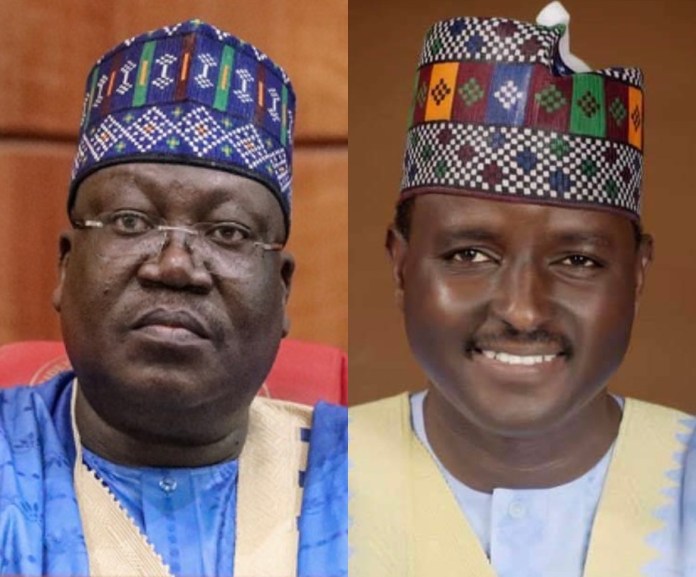 It is a double whammy for the President of the Senate Ahmad Lawan as the winner of the Yobe North APC senatorial primaries, Bashir Machina, refused to step down for him.

Mr Lawan, who represents Yobe North in the Senate, contested and lost a bid to secure the APC presidential ticket at the party’s national convention held on June 8, where Bola Tinubu emerged the winner.

The president of the Senate was initially touted as the consensus candidate of the party, but 13 Northern governors kicked against the idea of retaining power in the North.

It was gathered that since the winner of the senatorial primaries refused to step down, the Senate president is now mounting pressure on the presidency to get back his senatorial ticket.

All effort by Mr Lawan’s cronies to convince Mr Machina to step down for the president of the Senate failed as the senatorial candidate insisted that he won’t withdraw.

According to sources, Mr Lawan was secretly given the INEC form by the APC headquarters to fill for submission, although he didn’t submit himself for party screening and didn’t participate in the senatorial primary election which took place in Gashua town on May 28.

In the primaries, Mr Machina, who was the sole candidate, got 289 votes.

According to sources, Mr Lawan, in concert with the APC National Vice Chairman, North East, Mustapha Salihu, is trying to ‘forcefully take over’ the ticket from Mr Machina.

When contacted on the allegations, the APC National Vice Chairman, North East said he never interfered in the local party decisions in Yobe.

“I don’t interfere with local party arrangement in states. Yobe has its own unique way of primaries, which is a general consensus.”

“All aspirants who obtained the party’s nomination forms nationwide have filled the withdrawal forms, which is a clear consent to withdraw in case of any superior interest, and with the consent of the party stakeholders in the state.”

“I’m aware that it is a national party policy for aspirants who lost the presidential ticket to return to their seats in the Senate. You can see Godswill Akpabio has already reclaimed his senatorial ticket,” Mr Salihu added.