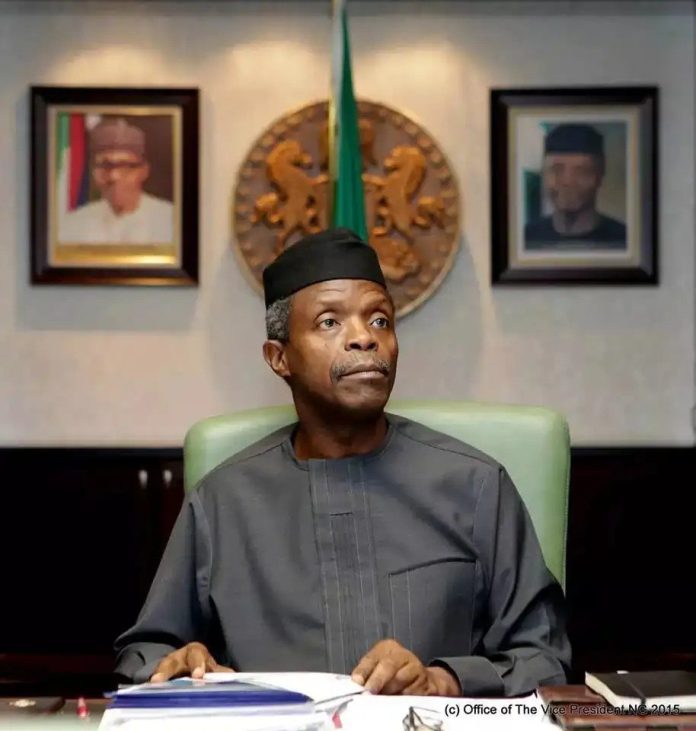 Vice President Yemi Osinbajo has departed the Eagles Square, the venue of the presidential primary of the ruling All Progressives Congress, APC.

According to reports, Osinbajo left the event while the counting of votes by national delegates was still ongoing.

Earlier, President Muhammadu Buhari also exited the presidential convention some minutes after he delivered his address.

He left with his wife, Aisha at about 1.30 a.m and was seen off by top officials, including Vice-president Yemi Osinbajo, one of the contestants in the primary.

A report published earlier rated Osinbajo among the three presidential aspirants including former Lagos State governor, Asiwaju Bola Tinubu; Vice President Yemi Osinbajo and former Minister of Transportation, Mr Rotimi Amaechi ahead of their counterparts in last night’s Special Convention of the All Progressives Congress, APC, which held at the Eagle Square in Abuja.