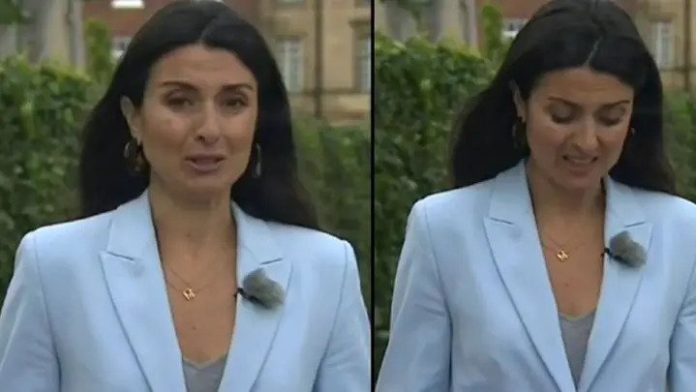 As she broke the tragic news of Gration’s passing to viewers live on television, Garcia broke down in tears and said, “As we end the programme tonight, I have some very sad news to share with you all.”

Gration, whose career lasted more than 40 years and who passed away at the age of 71, oversaw the BBC’s Look North program from 1982 to 2020. “We all at Look North are absolutely devastated to give you this news. Next week we will take our time to pay tribute to Harry properly, that’s what he deserves.”

Garcia added: “But tonight our hearts go out to Harry’s wife Helen, their children and all of Harry’s friends. I know that you will want to pay tribute to him as well. Goodnight.”

Garcia later took to Twitter to address Gration’s death, saying she’s ‘devastated’ while thanking fans for their ‘outpouring’ of support.

Garcia said: “Thank you for all the messages of support & the outpouring of love for our dear friend Harry.. I am devastated.

“Like many of you I grew up watching Harry Gration on our screens, to share the red sofa with him was a dream come true.. He was everything I hoped for & more..

“Generous, funny & never stuck to the script(!).. but he didn’t need to, he was a natural & cared about his loyal viewers. Harry always said “yes” which led to the most wonderful adventures together!

Born in Bradford, Gration worked as a history teacher before joining the BBC in 1978. In 1982, the veteran presenter joined Look North and also spent time working on BBC South Today during the 1990s.

In 2013, Gration was made an MBE for his services to broadcasting.

After news of Gration’s passing broke, Jason Horton, acting director of BBC England, called him ‘one of the true broadcasting greats’.

Horton said: “He was a natural on the television and on radio, adored by our audiences, especially as the trusted face of Look North and South Today.

“Our thoughts are with his family, his friends and everyone across the BBC who he worked with.”

BBC Reporter Brought To Tears Live On Air After Receiving News Her Co-Presenter Has Died pic.twitter.com/lOQosdK43v