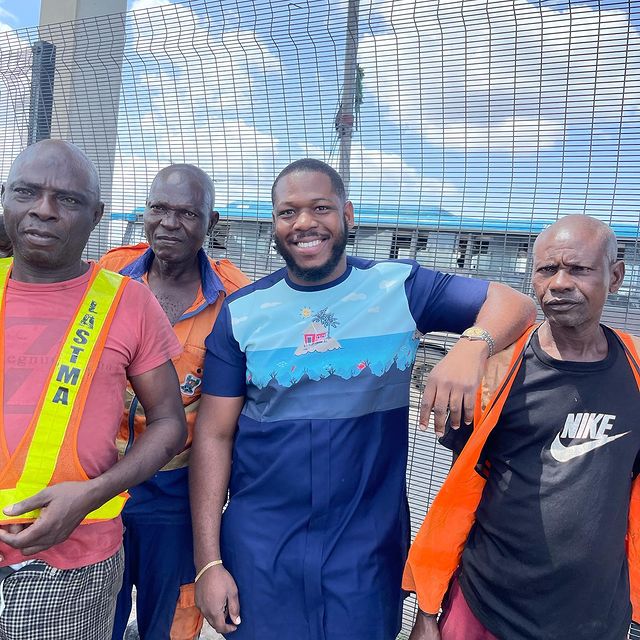 Chukwuemeka Okoye, a reality television personality known as Frodd, has praised God for saving him from a car accident.

The brand ambassador released a video of the moment he received assistance from some LASTMA staff who helped him install a spare tire after explaining how his tyre had ripped off on Lagos’ Third Mainland Bridge on Instagram.

He also expressed his gratitude for their nice gesture and praised Babajide Sanwo-Olu, the governor of Lagos State, for his contributions to the state.

Additionally, Frodd posted pictures of the men who promised to help him.

“GOD IS THE GREATEST AND THERE ARE STILL GOOD MEN ….

MY TIRES RIPPED OFF ON THIRD MAINLAND BRIDGE THIS EVENING . I DROVE TO A SAFE SPOT WHILST I PONDERED ON WHAT JUST HAPPENED, IT COULD HAVE BEEN WORSE ( I PRAISE GOD ) THEN CAME SOME GOOD MEN , SWIFT AND QUICK ( I DIDN’T EVEN USE THE EMERGENCY 🆘 TOLL ) THEY CAME DOWN AND OFFERED TO HELP ME . I AM GRATEFUL TO GOD FOR HIS PROTECTION AND I PRAY HE REWARDS THE KINDNESS THE LASTMA MEN OFFERED ME IN TEN THOUSAND FOLDS AND MAY HE BLESS THEIR CHILDREN’S HAND WORKS @JIDESANWOOLU THIS MEN ARE NOBLE AND HONORABLE … ( I’D BE POSTING THEM ON THE NEXT SLIDE )

THANK GOD FOR EVERYTHING”

#BBNaija: Frodd breaks down in tears as he gush about fans love for Laycon (Video)