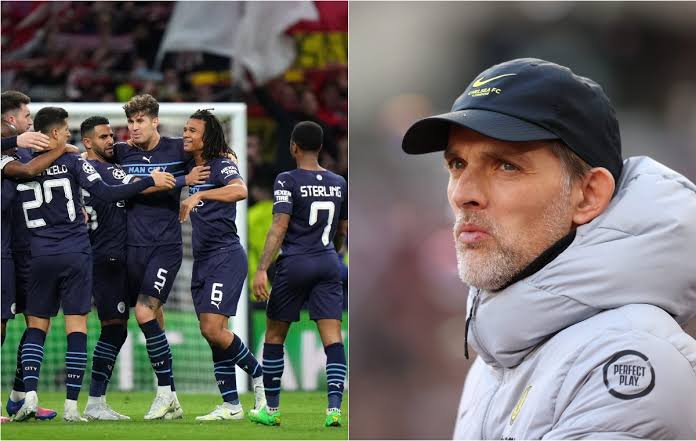 With Antonio Rudiger and Andreas Christensen leaving the club in the summer, the Blues will be without two of their senior central defenders come the start of next season.

Rudiger is leaving Chelsea after five years to join Real Madrid, while Christensen is expected to join fellow La Liga side Barcelona.

As a result of these departures, the Blues will almost certainly be on the lookout for replacements, with Ake emerging as a possible target.

Tuchel is said to be a “big fan” of the centre-back, according to Gianluca Di Marzio.

Ake has already played for Chelsea, having joined the club from Feyenoord in 2012 and making his debut in 2012.

He then had loan spells at Reading, Watford, and Bournemouth before signing a permanent deal with the Cherries in 2017 after an impressive first few months on the South Coast, where he made 17 appearances.

Before joining City at the start of the 2020/21 season, the 27-year-old appeared 121 times for Bournemouth, scoring 11 goals and providing six assists from defence.

He has won two Premier League titles in two seasons at the Etihad Stadium, making 40 appearances for Pep Guardiola’s side.

Tuchel may not be the only player to move from Manchester to London if he pursues his interest in the defender and Chelsea makes a move for him during the transfer window.

The Blues are confident that they will be able to complete the signing of Raheem Sterling this summer, which is expected to cost around £35 million.