Home Entertainment “I Don’t For A Second Regret My Japa”, Eldee Replies Critic 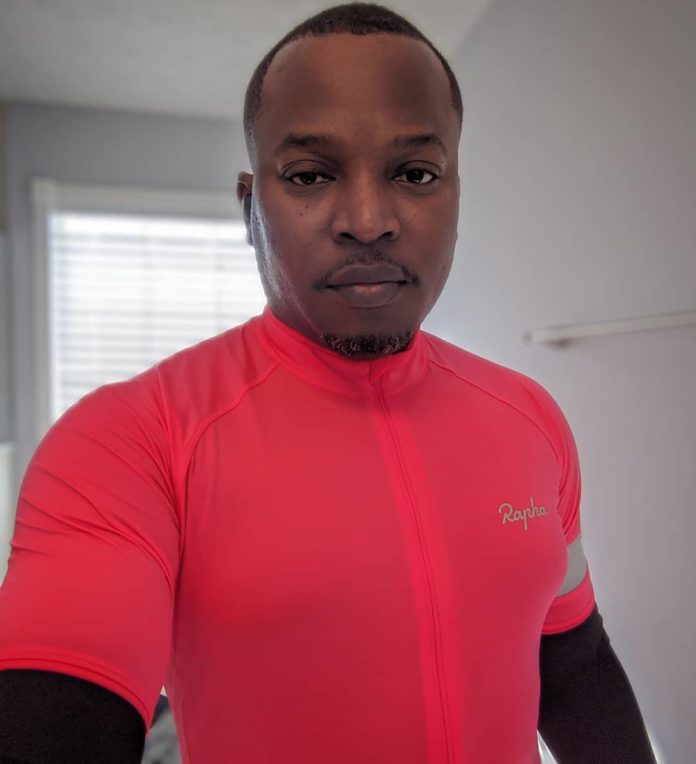 Veteran rapper and singer , Lanre Dabiri popularly known as Eldee d Don, replied a critic who questioned the livelihood of the oversea on his Instagram story.

The 45 year old rapper gave response to the internet user who shared his opinion of the America, people are trooping to migrate.

The user bearing the handle @shawn_boy12, opined that there was nothing in the abroad other than depression.

He stressed that there is probability of making it in Nigeria than America, he concluded that the country is overrated.

Eldee on the other hand, replied him politely that there are different perspectives at which people view from.

He extended saying the term “MAKE IT” is relative.

The ‘Today’ crooner shared he’s not regretting to migrate to the oversea, claimed he is currently at where he envisioned his life to be in 2012.

He included that he wouldn’t have achieved his feat today had he not left his country of birth.

Finally stated his goal was not to look rich, rather, to be rich. 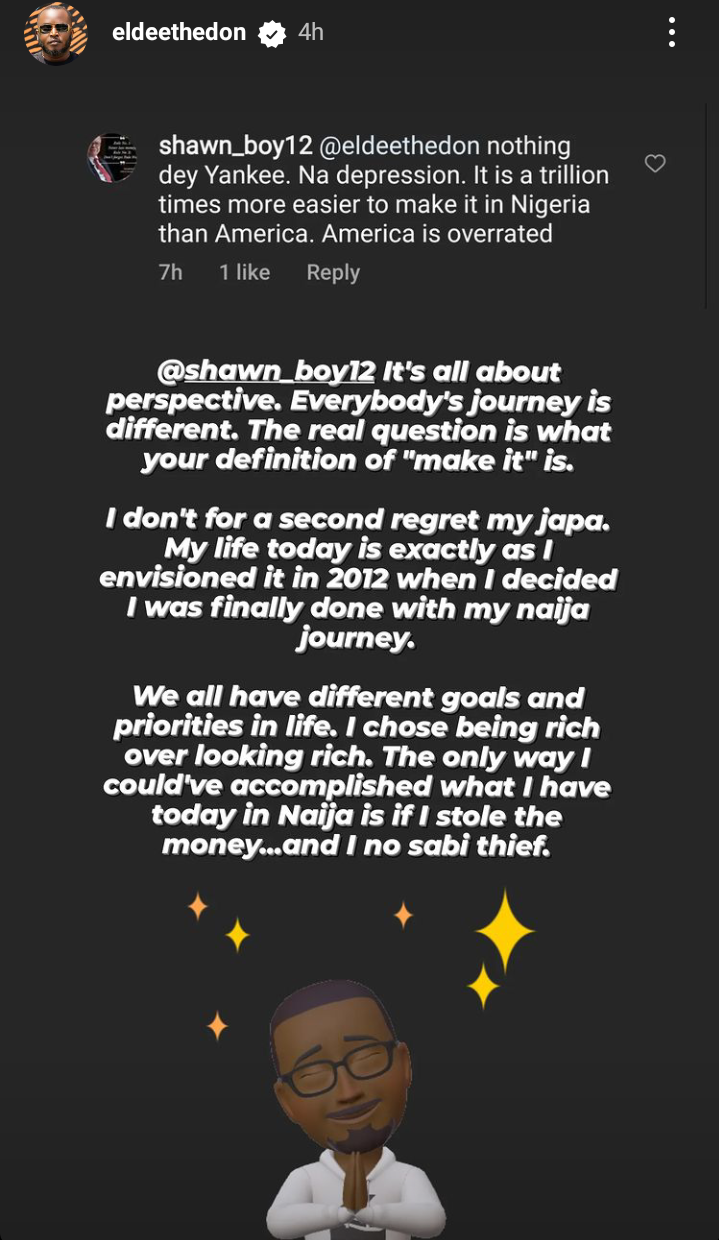