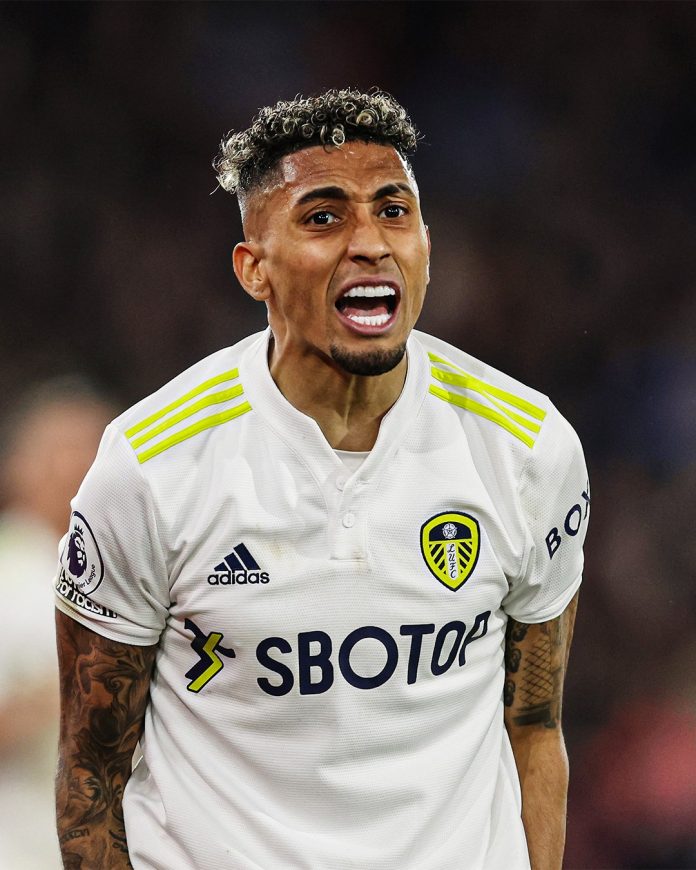 Chelsea are reportedly close to agreeing a deal worth more than £55million to land Leeds ace Raphinha ahead of the new season.

The Blues look set to beat Barcelona and Arsenal to the player’s signature following their takeover by Todd Boehly last month.

Raphinha moved to the Premier League in 2020 after Leeds shelled out £17m plus add-ons to sign him from Rennes following their promotion from the Championship.

And the 25-year-old has been a revelation in Yorkshire.

During his maiden campaign in England, the winger racked-up six goals and nine assists for the Whites.

And last season, he got his name on the scoresheet 11 times and provided three assists, despite the fact his side only avoided relegation on the final day of the season.

Raphinha’s stellar displays have captured the attentions of a whole host of top clubs and a transfer battle has been in full flow this summer.

According to The Athletic, Chelsea look set to win the race to sign him, although the deal isn’t yet done.