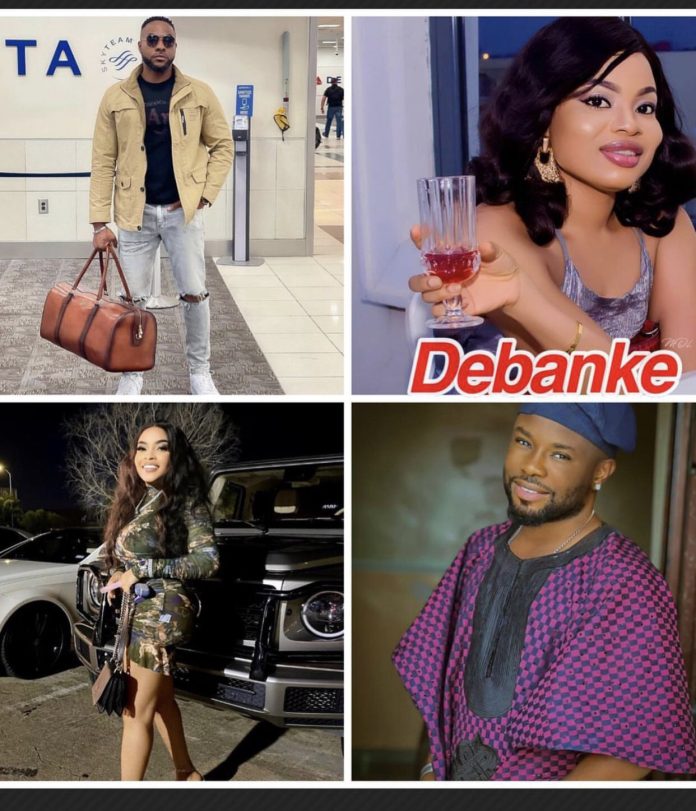 The popular blog, emerged on Twitter to expose the trio. She first started off with the narration of Ibrahim Yekini having a secret affair with Tope Solaja but was called out to the notification of Ibrahim’s wife who threatened suicide if they don’t discontinue.

The threat scared the duo to end the relationship, as Tope Solaja traveled out of the country to avoid further backlash.

Tope, after few months, saw Itele having  an extra marital affair with another woman in the same industry which happen to be Debanke.

The prove that confirms it, is a video of Itele kissing off with Debanke.

This flared Tope up and got her asking Debanke questions about it, in search for an answer, instead she was shaded by Debanke.

In the interrogation, Tope questioned if Bolanle Ninalowo was not enough for her, and for what reason could she be dating Itele.