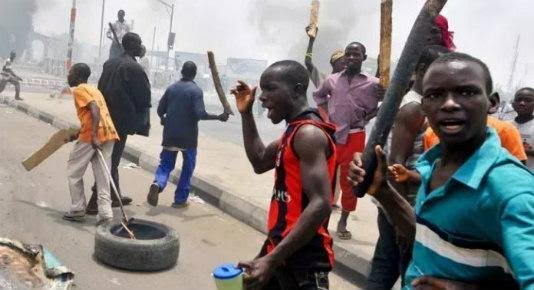 The injured persons were said to have sustained the injuries when rival groups of hoodlums involved in the disruption clashed.

The incident was said to have forced people to stay indoors as hoodlums wielding dangerous weapons roamed the streets.

A resident of Ibala, who pleaded anonymity, said that the hoodlums intended to scare people away from centres where PVC was being collected.

She said, “They (the hoodlums) ransacked (PVC collection centres) in Ilesa West and Ilesa West Central. They were in Ward 1, 3, 6 and 7.

“The hoodlums didn’t let people obtain Permanent Voters’ Cards, but the police and the Civil Defence Corps operatives are on top of the situation.

“I am not aware there was an attack on the PDP Secretariat in Ilesa West Local Government. No arrest yet but we are on hunt for the hoodlums. Three people were injured but no death was recorded.”

The Osun INEC Public Relations, Seun Osimosu, who confirmed the incident, however, said PVC collection was not suspended in the affected areas.

Osimosu explained that the staff were withdrawn from the affected communities over safety concerns, adding that the Commission would meet security agents in Ilesa West to address the situation.