Home Entertainment Celebrities I get wet when I watch my ‘Adult’ show alone – Actress... 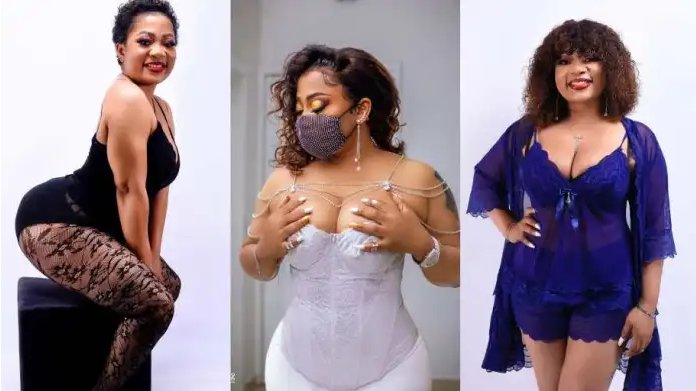 Vicky Zugah, a Ghanaian actress and TV presenter, has shared how she feels whenever she watches some of the recordings from her adult show ‘Red Light.’

Vicky Zugah recently revealed to Zionfelix that she gets mostly wet when she sees some of her performance footage at home at a later date.

According to her, this does not normally occur on the show since she maintains control and acts professionally while on set; however, the same cannot be said while she is at home watching the episode later.

When asked how she copes, Vicky Zugah replied, “I mainly get a grasp of myself since I have grown to understand that one should not have s3x whenever they feel the urge.”