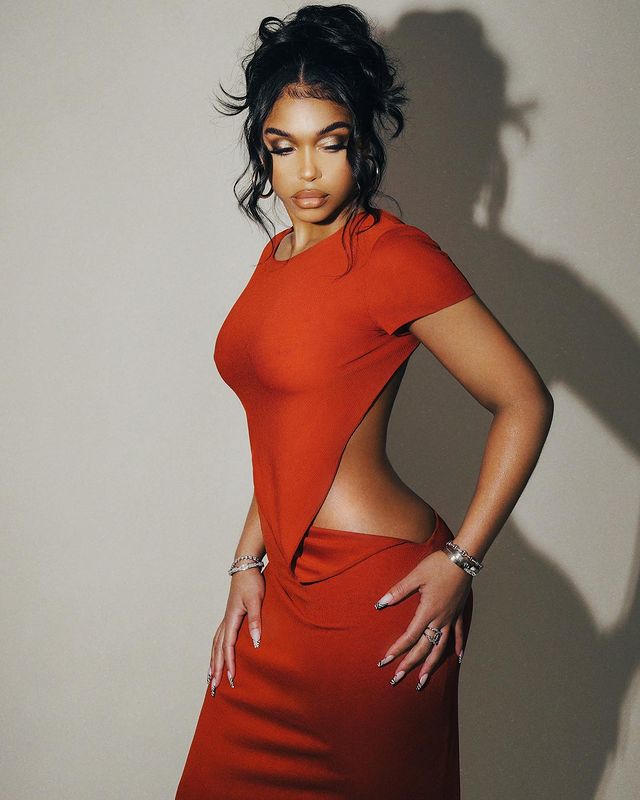 Lori Harvey is an American model, entrepreneur, socialite, and daughter of the famous comedian and TV Talk show host, Steve Harvey. She is most recognized for her successful modelling career, which has included work for some of the world’s most prestigious fashion houses, including Dolce & Gabbana. Lori is also well-known for being Steve Harvey’s stepdaughter, and despite having a renowned father, she has carved out a niche for herself.

Her fresh face and natural beauty led her to catch the attention of top modelling agencies and she has signed a deal with LA Model Management and Select Model Management in Europe. As the daughter of the famous comedian, Steve Harvey, Lori began her career in modelling at the age of just 3 years old. Since then she has earned so much recognition and has established herself as one of the top models in the fashion world.

Lori is also quite active on social media, with over 4 million Instagram followers and millions more fans on various social media platforms. So today we’ll discuss Lori Harvey’s complete net worth, as well as her salary, sources of income, job, biography, opulent lifestyle, automobile collection, and much more.

Lori Harvey (born January 13, 1997) in Memphis, Tennessee. She was raised in both Chicago and Atlanta and she and her siblings were homeschooled by her mother. Lori was in the 7th grade when her mother pulled her out of school. According to her, by the age of 16, she completed her graduation.

Other than that, she had a fairly normal childhood, thanks to her parents’ efforts to keep her and her siblings out of the spotlight and away from the media, as her stepfather Steve Harvey is a well-known celebrity. At a comedy club in Memphis, Lori’s mother, Marjorie Harvey, met Steve. Marjorie Harvey is a socialite, blogger, and internet personality from the United States.

Lori’s first work was modelling for a store called Cottontail, which is a small retail area in her hometown when she was three years old. Lori aspired to be a professional equestrian, and her speciality was horseback riding, and she was on the fast track to the Olympics.

She then moved from Atlanta to Florida to continue her education and the school she choose was in line with supporting her riding career. Her career consisted of show jumping and competitive riding, she planned to get to the Olympics but when she was 18 she got into a really bad accident and broke her lower back in 2015, which ended her riding career. Lori then decided to start a full-time modelling career.

She quickly lost interest in school because writing was no longer a big part of it, so she moved back to Atlanta and completed her degree via online programs. She began attending fashion shows in Paris with her mother at the age of 11 and fell in love with the runway. Lori’s mother used to walk for Dolce & Gabbana, and Lori compared her mother’s closet to that of a mall dweller.

When she was 13 years old, she started getting more and more interested in makeup and beauty, watching her mother get ready for events. By the age of 20 years old, Lori began modelling for major designer houses such as Dolce & Gabbana and at that time she stated she was not a traditional model.

In one of her interviews, she said how grateful she was for the opportunity and that Dolce & Gabbana have asked her to come back several times to model for them even though she feels that she isn’t made to walk the runway or a high fashion runway at that.

The supermodel is represented by LA Models, Select Model Management, as well as Alex Avant, who is an entertainment executive, and the son of Clarence Avant a music and entertainment star. She made an appearance in episodes of the reality game program Hip Hop Squares in 2019.

Lori Harvey began seeing Memphis Depay, a Dutch professional football player, in early 2016, after Depay published a photo of the two hugging with the Eiffel Tower in the backdrop in Paris. In July of 2017, Steve finally told Memphis about her engagement. However, the couple called off their engagement in March 2018 after she was photographed without her engagement ring. No Love, a song purported to be about Lori, was even released by Memphis.

Towards the end of 2018, Lori Harvey began dating Trey Songz which was short-lived. She was then spotted making out with a fine, race car driver Lewis Hamilton and then it was reported that she was seeing Sean Combs.

In 2019, Lori again came into the limelight when she started dating the rapper Future and the two were together for about eight months.

According to some recent reports, in November 2020 Lori Harvey began dating the most popular actor Michael B Jordan. In early 2021 Michael confirmed their relationship through Instagram. In June 2022, it was announced that Lori and Michael had broken up.

Aside from having success in the industry, she also faced troubles in her life like Lori Harvey was arrested in October 2019 for fleeing the scene of a collision, as per the reports of the Beverly Hills Police Department.

Lori owns numerous exotic vehicles, including a Rolls Royce Cullinan with complete interior leather, 22-inch wheels, a panoramic roof, and other significant features. The price of the beauty is estimated to be over $330,000. Lori also has a silver Mercedes Benz G Wagon, which she paid $148,977 for. She owns a Lamborghini Urus, one of the quickest SUVs on the market, with a price tag of $331,600. The Bentley Flying Spur, which cost her roughly $219,425, is the last car in her garage.

Lori Harvey is a model, entrepreneur, and socialite from the United States with an estimated net worth of $2 million as of 2022. She has been a part of the modeling industry since the age of 3 and has already earned thousands of dollars all thanks to her unique talent as well as persistence. The majority of her revenue comes from brand promotions and modeling deals with LA Model Management agency in US and Select Model Management in Europe.

She has a large list of endorsement partnerships under her belt, including TRESemmé and NyQuil & DayQuil, to name a few. Lori announced the debut of her skincare line, SKN by LH, in 2021. In the same year, she collaborated on a clothing collection with the firm Naked Wardrobe.

Lori Harvey’s net worth is growing regularly. Otherwise, she doesn’t need to make money for herself because Lori is already living a luxurious lifestyle as her father Steve Harvey has a net worth of 200 million dollars. Lori Harvey’s annual income is roughly $500k.

How much is the worth of Lori Harvey?

Lori Harvey is a model, entrepreneur, and socialite from the United States with an estimated net worth of $2 million as of 2022.

How much money does Lori Harvey make in a year?

How old is Lori Harvey?