Home News Ilorin-based lady volunteers to donate her kidney to the ailing daughter of... 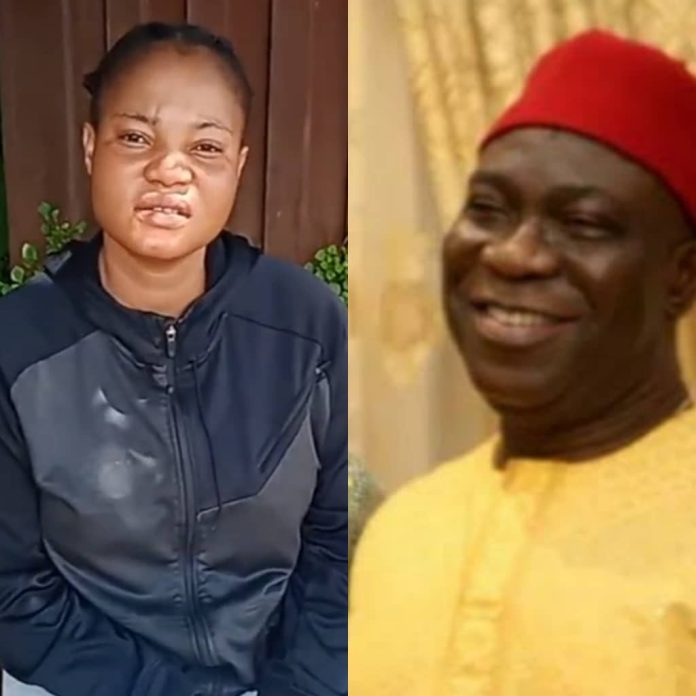 An anonymous woman from Ilorin has offered to give her kidney to the sick daughter of the late Deputy Senate President Ike Ekweremadu.

Martha claimed in a popular video that she felt the need to assist the politician’s ailing child in her dream.

Ekweremadu and his wife Beatrice were recently detained and charged in a UK magistrate court for allegedly transporting a 15-year-old boy to the country for an operation in which his kidney would be removed and given to their daughter, who suffers from renal illness.

According to the prosecutors, a red flag was raised after the passport of the donor claimed that he was 21 but at the hospital, he told the doctors just before the procedure that he was 15. The procedure was stopped since he was a minor and was asked to go home. He found his way to the police station where he alleged that he was being treated as a “slave”.

Martha says she doesn’t have any demands as she just wants to save the sick lady’s life.

Journalist, Ibitoye Shittu who met and interviewed the lady wrote

“So I met a lady (Marta) today in Ilorin who says she’s ready to donate her kidney for the daughter of Ike Ekweremadu….. She said she saw it in a dream that she should help the girl

Let’s help her locate Ekweremadu’s family. Reach me if you need her contact.”

Watch a video of Martha offering to donate her kidney below.