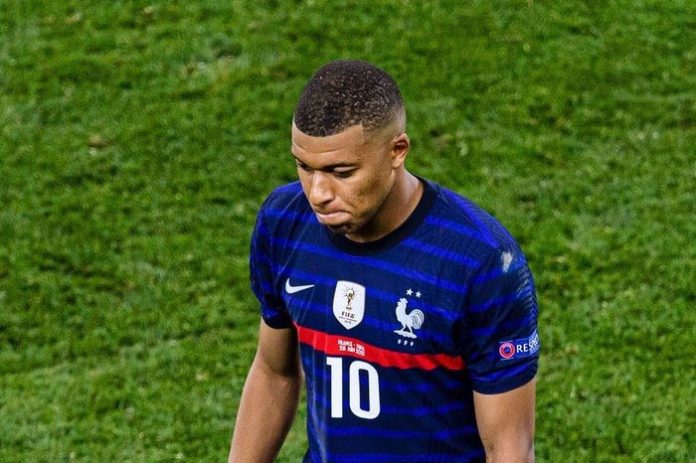 In response to racial taunts after missing a penalty at Euro 2020, football prodigy Kylian Mbappe has admitted he nearly left the France national team.

After Yann Sommer stopped Mbappe’s penalty kick in the Round of 16 in June, France were eliminated by Switzerland.

Noel Le Graet, the president of the French Football Federation, asserted that the PSG star was considering quitting international football as a result of the lack of support he received after missing a key penalty.

French Football Federation president Noel Le Graet claimed in a newspaper interview released on Sunday that Mbappe was thinking about retiring from international football after the tournament because of the lack of support he received following the crucial penalty miss.

Le Graet said: “I met with him after the Euros, he felt the Federation had not defended him after his missed penalty and the criticism on the networks.

“We met for five minutes in my office. He was angry, he didn’t want to play for the French team any more — which he obviously didn’t mean.

“You know how it is, he’s a winner, he was very frustrated, like all of us, by the elimination. He’s so media-friendly. He’s a great guy, much more collective than people think.”

Mbappe, 23, wrote on social media: “Yes finally I explained to him (Le Graet) above all that it was in relation to racism, and NOT to the penalty.

“But he considered that there had been no racism…”