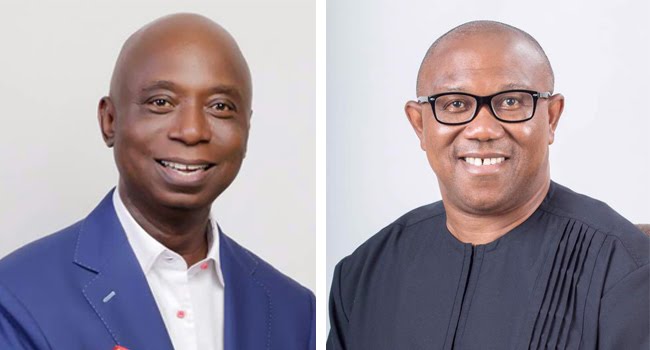 A chieftain of Peoples Democratic Party PDP, Prince Ned Nwoko has said the swirl of support the Labour Party presidential candidate, Mr. Peter Obi is getting may not necessarily translate into electoral victory at the polls.

According to Ned, a former House of Representatives member, Labour Party needs a structure that is beyond the support base it is getting from Nigerians to achieve victory.

Speaking in a recent interview with BBC Igbo, the PDP Senatorial candidate for Delta North in 2023 general elections said the electoral success of Labour Party will only be anchored in its control of a good percentage of the National Assembly as well as the state Houses of Assembly.”

“The support base is there with the labour unions, there are so many of them, students, the market people and all that. So he is a popular candidate, he will even be more popular in coming months.”

“If by chance he becomes the President, how can he function with the PDP controlling the National Assembly for instance?” he queried.

The billionaire businessman therefore advised the Labour Party to work towards establishing some structures, which he said will take some years.

On his relationship with Peter Obi a former governor of Anambra state, Prince Ned Nwoko extolled his humility, recalling how as a governor, Peter Obi booked flights and hotel rooms for him by himself.

He also said Obi never came like other governors who visited him in London with retinue of aides, stating that the former Anambra governor came in most simplistic manner.

He further commended Obi’s knowledge of the country’s economy as a big player in the business world, saying the PDP needs him back to its fold so that he will deploy his knowledge to the nation’s economic engine room if the party wins in 2023 presidential election.