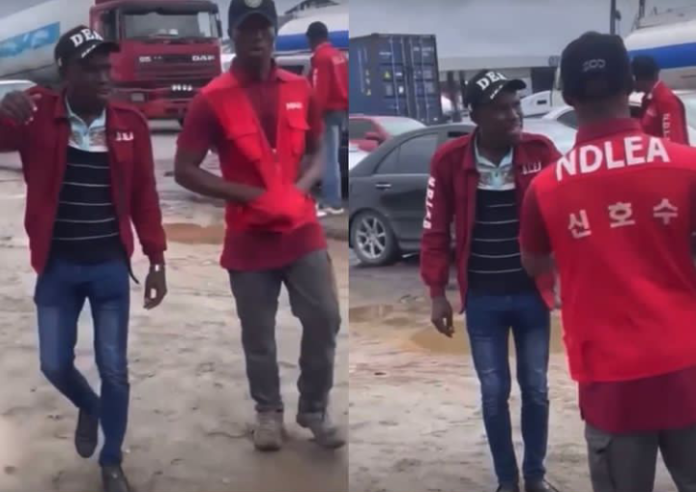 A video surfaced online today where a young man was seen harassed by some NDLEA officials, seizing his phone.

A man’s voice was loudly heard behind the camera objecting to the action made by the officials.

The man stood on his stance that it was wrong to seize a phone that’s not yours and also not obligated to check citizen’s phone.

The NDLEA is a federal government body aimed at controlling the use of drugs by Nigerians.

It also appeared weird to passersby when the officials wrongly harassed the individual and they intervened to calm the situation.