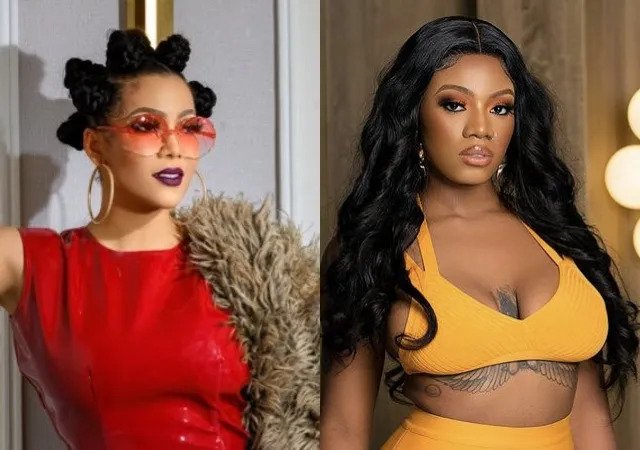 Maria Chike, a reality personality, has retaliated against her colleague Angel Smith, who accused her of sleeping with a married man.

Angel dragged Kelvin (Maria’s lover) into their dispute during the last episode of the Big Brother Naija Reunion program, accusing her of sleeping with a married guy.

Remember how the Cubana Chief Priest accused Maria of kidnapping Kelvin, who was married to his sister? Angel Smith took advantage of this and teased Maria with the accusation.

Maria, on the other hand, advised Angel not to reveal what she did during the housemates’ holiday in Dubai.

Maria chose to keep silent despite Angel’s challenge to speak.