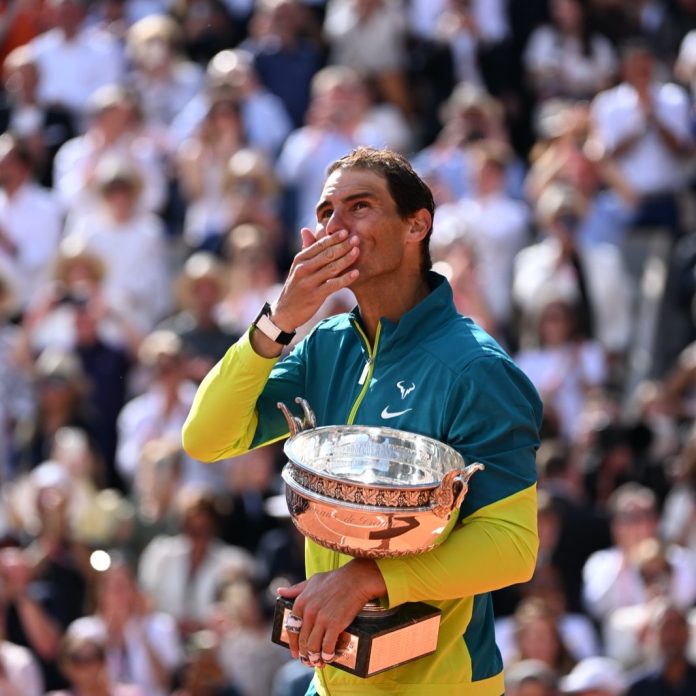 Nadal won the last 11 games after trailing 3-1 in the second set.

Nadal’s victory Sunday came two days after his 36th birthday and made him the oldest title winner in the history of the clay-court tournament.

The Spaniard’s first triumph here came in 2005 at age 19. No man or woman ever has won the singles trophy at any major event more than his 14 in Paris.

And no man has won more Grand Slam titles than Nadal.

He now is two ahead of rivals Roger Federer, who hasn’t played in almost a year after a series of knee operations, and Novak Djokovic, who missed the Australian Open in January because he is not vaccinated against COVID-19 and lost to Nadal at Roland Garros.

The eighth-seeded Ruud is a 23-year-old from Norway who was playing in his first Grand Slam final. CLICK HERE TO WATCH THE MOMENT NADAL WON HIS 22nd Grandslam TITLE.