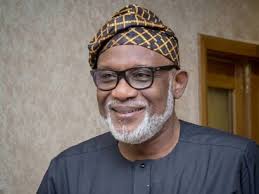 The executive Governor of Ondo State, Oluwarotimi Akeredolu has stated that those carrying out attacks such as the one on St Francis Xavier Catholic Church in the state are foreigners from Mali trained in Libya.

The Governor while condemning the attack assured that the perpetrators will be arrested soon.

The unknown armed men had stirred unrest and panic on Sunday morning, 5th June after they stormed the church during service and sporadically shot worshipers with their sophisticated weapons.

The Governor, who has departed Abuja for the state, urged residents to keep calm and not take the laws into their hands.

“What happened here is too tragic. It is the most tragic event. What is happening in America is a child’s play to what has happened here.

“To say the least, it is condemnable. I’m grieved. Let me let you know that we have a duty to protect you.

“Security services also lost about two men. The attack was sudden. How they carried out the attack and entered the church cannot be explained.

“No one thought that such incident could happen in Ondo State not to talk of People.

“Let us not retaliate because we will apprehend them. Don’t take laws into your hands. I want to express my condolences to the families of the victims.

“Security agencies in the state must take all steps necessary because this must not repeat itself.

“On our own part, we must be vigilant. We take responsibility for what has happened.

“Most of those that are carrying out these attacks are foreigners from Mali who were trained in Libya.”