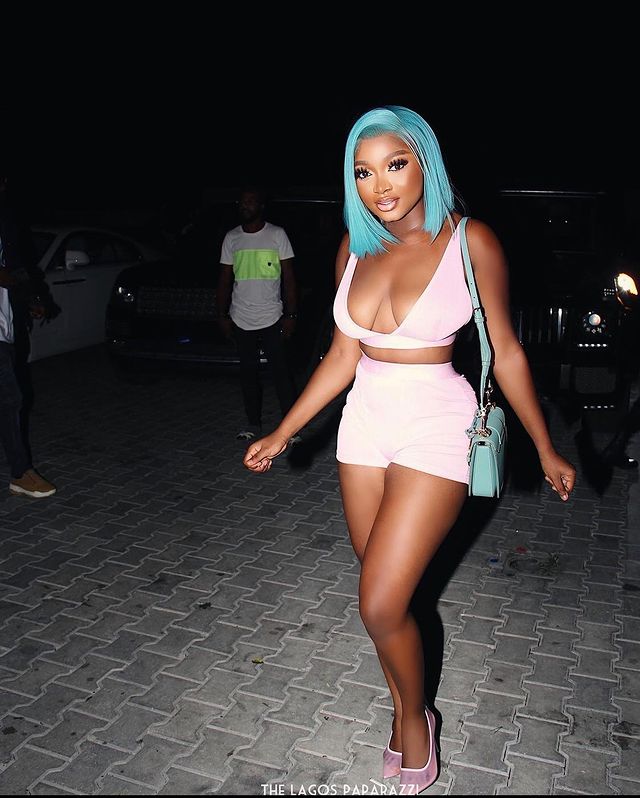 With a million Instagram followers, Papaya Ex is one of the most well-known social media influencers. She has always been in the spotlight, but her current giveaway streak after hitting one million Instagram followers has drawn even more attention to her social media presence. Suddenly, more people are interested in learning more about her as more and more people want to learn more about the famous figure.

She is well-known for her divisive posts, which frequently elicit negative responses in the media.

She is currently one of Nigeria’s most well-known influencers, and she is only getting started.

She is one of the top 30 most influential Nigerian Twitter users under the age of 30. Papaya Ex is a 28-year-old woman.

She’s made a name for herself as one of Nigeria’s most contentious media figures. Her 2022 birthday, in which she flaunted a hoard of cash, was one of the factors that drove others to label her a clout chaser in the media sphere.

Papaya Ex uses Instagram and YouTube to promote her career as a model, interviewer, acclaimed actress, and influencer.

Her YouTube channel, which she recently started, allows her to communicate with and interview upcoming and well-known celebrities.

What Papaya Ex has turned into a successful and thriving business could not have been imagined only a few years ago. However, many people, including Papaya Ex, are developing profitable businesses using social networking channels today.

However, there are numerous influencers for diverse niches in the influencer business. The type of social media influencing/marketing you’ll require depends on the niche you’ve chosen. Papaya’s versatility in her influencer job has provided her an advantage over other influencers, especially when combined with her large social media following.

Papaya Ex divides her time between managing her YouTube channel, where she interviews celebrities, her modelling profession, and being an acclaimed actor, in addition to her social media presence.
Papaya accumulates her fortune through all of these channels. It may appear to most people to be an exciting and simple way to make money, but it is not. She devotes time to creating social media content, editing it, distributing it, and selling it to new audiences.

Papaya Ex leads a secluded life; she keeps her family and relationships a secret, making it impossible to learn the truth about her love life.

Despite the fact that she has yet to publicly declare a marriage or engagement, she is thought and rumoured to be dating an attractive man, albeit this cannot be proven.

Having a collection of exotic cars, like every other wealthy Nigerian, is usually the next best alternative. Papaya Ex has been able to obtain some of the most beautiful cars on Nigerian roads thanks to the cash she has amassed from social media persuasion. Some of these automobiles are:

The prominent influencer purchased a brand new Lexus car worth millions of naira in 2020. The gift, she claims, was purchased in preparation for her next birthday. To commemorate the occasion, she took to social media to post videos and photos of the Lexus she had just purchased.

Lexus cars are one of the most common luxury rides you’ll see in Nigeria. It meets the point between luxury and affordability for many wealthy Nigerians. As such, Lexus cars just like Range Rovers have become the go-to option for several wealthy Nigerians. Although they cost millions of Naira, they are always within the budget range.

Papaya Ex became the first woman in Nigeria to possess a Mercedes-Benz in 2021 when she paid over 30 million Naira for hers. She rushed to social media to show off her new Mercedes-Benz, posting photos and videos.

Benz is another prominent car you’ll find in Nigeria. In Nigeria, it is one of the wealth and class signifier cars. Although Benz cars are not entirely affordable, many Nigerians strive to own one. It’s almost like owning a Benz quickly became part of the Nigerian dream.

You’ll discover that Papaya owns more than one Mercedes-Benz vehicle in her possession. This Mercedes arrived barely a few months after she purchased the first one in 2021.

She refers to it as an end-of-year gift to herself, which she shared on her Instagram profile in November 2021.

This is yet another vehicle in Papaya Ex’s possession. It was one of her first automobiles before she began purchasing Mercedes-Benz automobiles. The Land Cruiser Prado TXL is prominently featured in the majority of her previous social media posts. However, it is now primarily used as a prop in the bulk of her videos.

There’s no way of knowing whether Papaya Ex owns a home. But she resides in one of Lagos State’s wealthy neighbourhoods, and there’s no word on whether she owns the Duplex she lives in outright.

On June 13, 2022, Media personality and Instagram influencer, Abike Halima Raheem was exposed by the popular controversial blogger, Gistlover as it reveals that Papaya Ex has been dating a married Yahoo Yahoo Boy.

According to Gistlover, The fraudster whose name wasn’t mentioned is known to be married in Abeokuta, with a wife who’s a mother with pregnancy. Gistlover claimed the fraudster is being chased from Abeokuta by EFCC.

The blog also added that he built a mansion at Abeokuta and has chased his pregnant wife and his kid away due to Papaya’s affair with him.

The fraudster is said to have navigated his way to Lagos in Lekki and its environs to continue his extramarital affair with Papaya.

What is papaya ex net worth?

Papaya Ex is currently one of the richest and most popular social media influencers in Nigeria with an estimated net worth of $300,000 dollars as of 2022.

How old is papaya ex now?

What made papaya Ex popular?