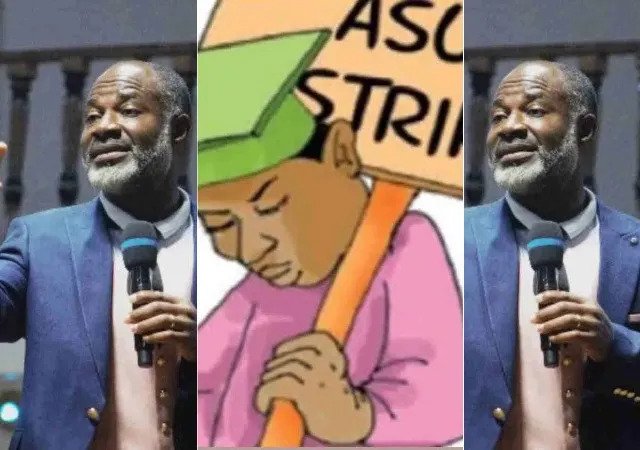 After a video of him prophesying that the ongoing Academic Staff Union of Universities (ASUU) strike action would cease today, June 17th, a pastor simply named Ritabbi took to Twitter to express his displeasure.

The pastor made the declaration in the video, and his audience quickly responded with a resounding ‘Amen.’

After he made the declaration, a woman was seen running towards the altar.

However, the video only went viral a few hours ago, and netizens are waiting to see how today unfolds before taking action.

Despite the uproar, the prophet declared on his official Twitter account that his God performs impossible things.