Home Entertainment Celebrities “She don press my mumu button”- Funnybone gushes as he unveils his... 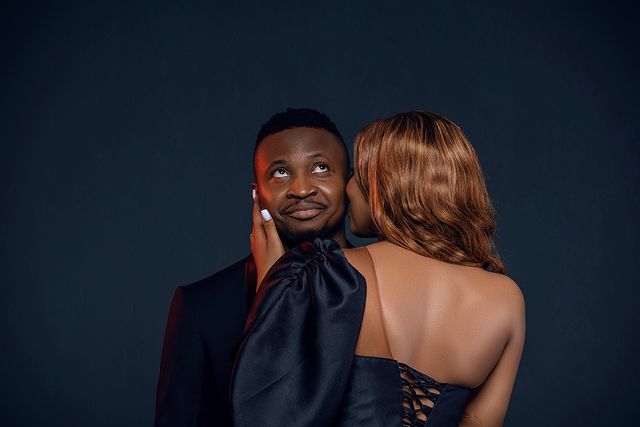 Stanley Chibuna, or Funnybone, a well-known comedian and actor, has taken to social media to flaunt his long-term girlfriend turned fiancée.

He captioned the loved-up photo he shared on his page.

CREEBHILLS had earlier reported when Funny Bone announced that he and his girlfriend are now engaged.

The television personality in a post on his Instagram page revealed that there’s a wedding to plan after he got a “Yes” from his babe.

Flaunting a picture of his ring sitting pretty on his lady’s finger, he wrote,

“FINALLY!!! I ASKED POLITELY AND SHE SAID YES!!! AND THEN MY HOME BOY˚͂ @AKAHNNANI FINE TUNED OUR HASHTAG TO #STANLEYSANGEL. WE HAVE A WEDDING TO PLAN FAM.#GODSPLAN #MYWORLD. AMICHIIIIIIIIIIIIIIIIII. CHIBUNNA🙏”

He shot to the limelight after performing Opa Williams’ comedy show, “Night of a Thousand Laugh”.