Home Entertainment Celebrities ‘So you Have a White Husband Also’– See how Nigerians reacted as... 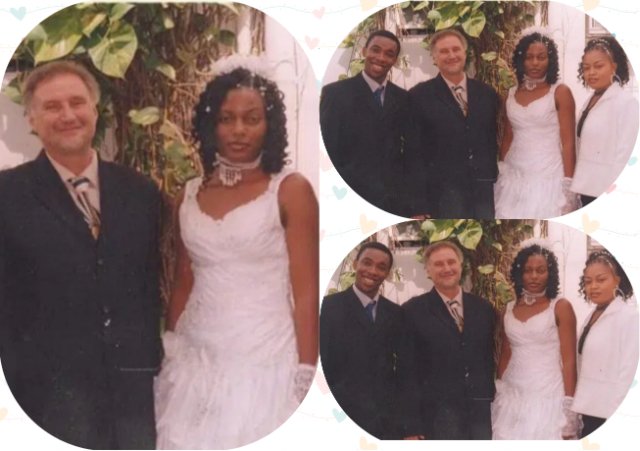 Queen Nwokoye just now uploaded a vintage image of a wedding movie scene with herself and other colleagues, setting tongues buzzing.

Some internet in-laws have questioned Nollywood actress Queen Nwokoye about the identity of her husband because of her low-key lifestyle.

Queen Nwokoye disclosed in her caption that the photo depicting the location of her wedding to a white man was taken in 2005.

When they saw this, several of Nwokoye’s followers who were unaware of her husband’s genuine identity assumed the Oyibo man in the picture was him.

Adannaya: “I was always wondering how you got a light skinned daughter.

Neolscout wrote: ‘Is that white man your husband?”

Princessvee wrote: “So you married a white man.” Queen Nwokoye, a Sociology and Anthropology graduate of the Nnamdi Azikiwe University Awka is undoubtedly one of the leading actresses in the sector.

In 2012, she got married to Mr Oluchi Uzoma in a low-key marriage. The couple has a set of Twins boys and a girl.

During an interview with Guardian Newspaper, she spoke on the chances that she might quit acting.

“No. This is something I really love, so the chances of anything or anyone asking me to quit is very slim. I can’t think of anything, for now, that can make me stop this. Instead of leaving, I can strike a balance and still remain in my first love. My first love is acting, my second is acting and my third is acting.”