Home Celebrity Net Worth and Biography SSSniperWolf Biography, Age, Net Worth, and Career (2022) 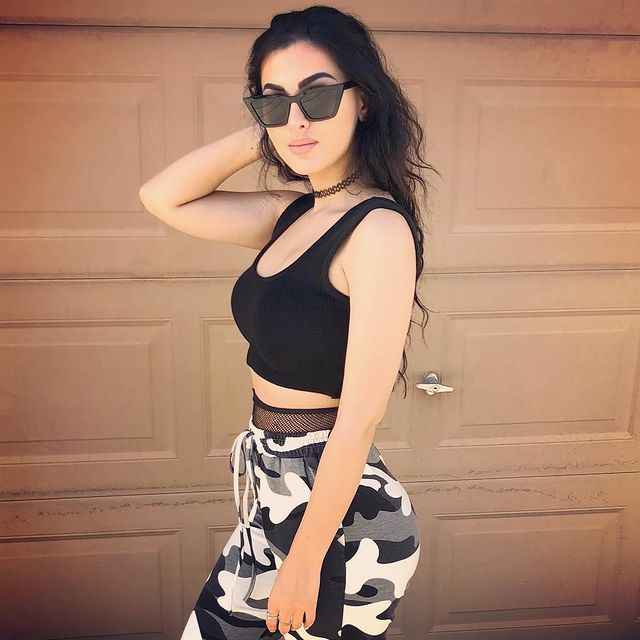 SSSniperWolf is a British American YouTuber and a popular social media personality by profession. Sssniperwolf is one of the most prominent female gamers with the largest followers throughout social media as well as on YouTube. Even though her channel no longer centered around gaming.

The YouTube star previously used Twitch to live stream, but now only sporadically does so on YouTube. Sssniperwolf rose to fame by playing games such as Metal Gear Solid and Call of Duty, which helped her earn a large following on the internet. She has won numerous honors, including the Nickelodeon Kids’ Choice Awards in 2020 for Favorite Gamer.

In today’s article, we will be talking about the total Net Worth of SssniperWolf her earnings, assets, luxury lifestyle, career, biography, personal investments, and some more interesting facts about her.

SssniperWolf (born October 22, 1992), as Alia Marie Shelesh in Liverpool, England, United Kingdom. This YouTuber comes from a small family, with two brothers, Paul and Bakir Shelesh, and a younger sister, as well as her parents. Her younger sister, Ranya Lasagna, is a well-known YouTube personality. Her siblings are frequently featured in her videos, but she has managed to remain mum about her parents. 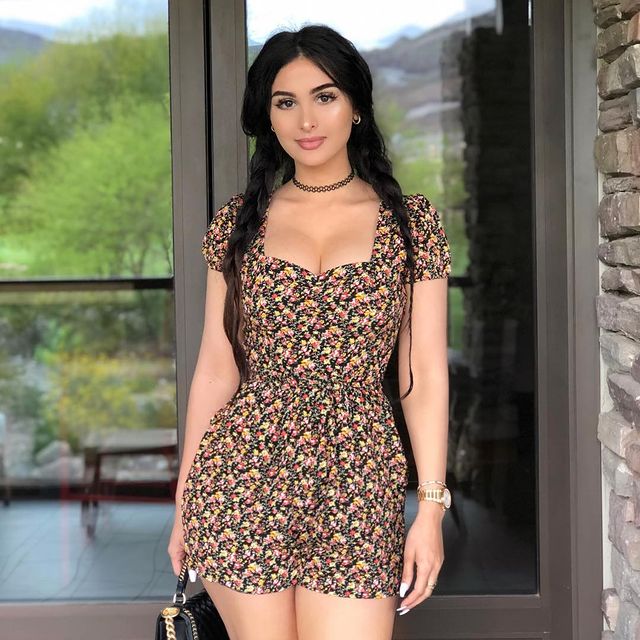 SssniperWolf graduated from high school early and went on to college. Her parents bought her a play station while she was in school, which helped her address the problem. She used to spend the entire weekend playing on the console. Alia started pharmacy classes but became bored with chemistry, so she changed her major to nursing. She didn’t enjoy it, so she dropped out of college to pursue her dream.

She began playing games at an early age and her father saw the interest she had in gaming and supported her well. In 2011 she started her first YouTube channel named ‘Sexy Sexy Sniper’ and in 2013 she deleted it and created a new channel titled SssniperWolf. On this channel, she began uploading videos. Alia originally started her YouTube channel as a gaming channel notably with her Call of Duty, videos. Since 2017, the majority of the video on her channel has been reaction content. 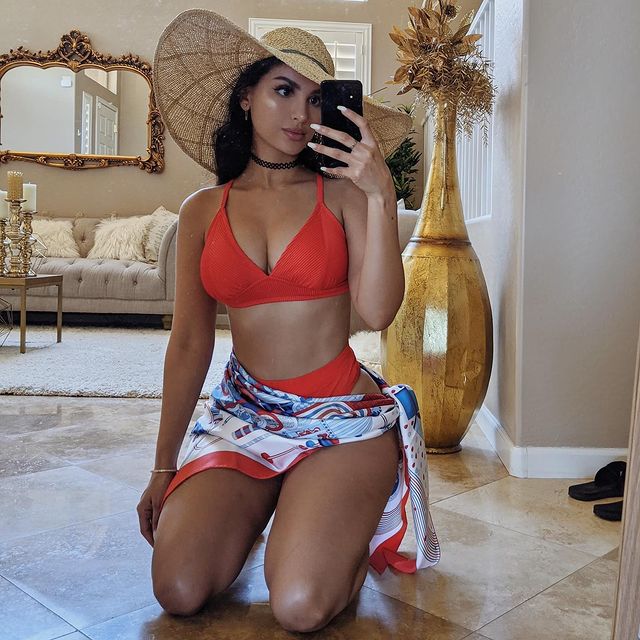 She launched her second channel, Little Lia, the following year, to show off her artistic side to the world. Makeup lessons, baking hauls, and a variety of hobbies and crafts were among the films. Metal Gear Solid was one of the first games she played as a kid and fell in love with; the name of the game’s villain, Sniper Wolf, is what prompted her to keep her stage name of SssniperWolf.

Apart from that, she also likes to play some other games including, Destiny, Halo 5: Guardians, Overwatch, Call of Duty: Black Ops 3, Evil within,  Metal Gear Solid V: The Phantom Pain, Until Dawn, and many others.

Despite this, she is frequently embroiled in controversy; for example, multiple Overwatch players have accused a liar of toxic behavior in their matches, leading to her becoming well-known throughout the Overwatch community.

SSSniperWolf’s partner is fellow YouTuber Evan Sausage, whom she began seeing in 2013. They even bought a luxurious property together, but their relationship ended after a while.

SSSniperWolf has been able to live a lavish lifestyle, and she and Evan Sausage co-own the costly property McDonald’s Highland. This property was purchased for a stunning 2.9 million dollars by the two of them. The opulent home is 5,000 square feet in size, with four bathrooms and three bedrooms. Aside from the one she has in Peoria and the one she has in McDonald Highlands, SSSniperWolf has also purchased a new 2-story modern luxury property in late 2021.

Apart from the property she also owns expensive cars. SSSniperWolf has a luxury ‘Mercedes Benz S Class which costs around  $117,700. 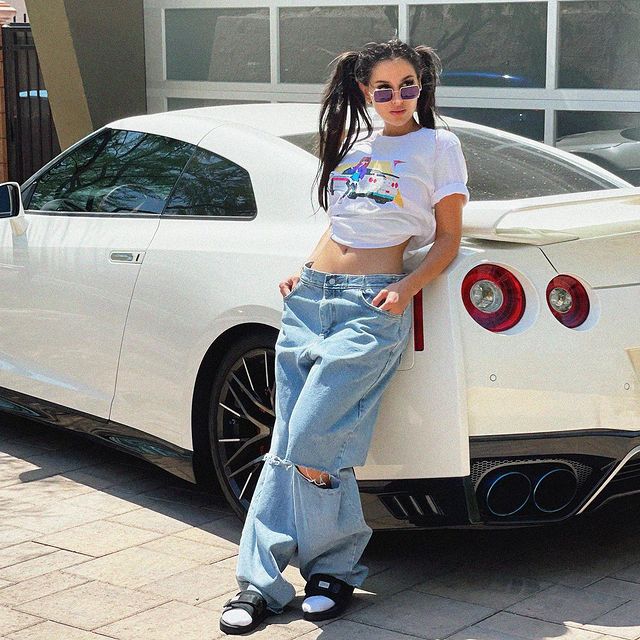 SSSniperWolf is endorsing multiple brands including Boohoo clothing, Sugar Bear, Hair Vitamins, Mercedes-Benz, Starbucks, Gymshark, G Fuel Energy products, and many others. She is also the brand ambassador of famous labels like Activision, Ubisoft, EA, etc. Apart from that, she also launched her merchandise named Wolf Pack in which she sells a variety of things like Hoddies, T-Shirts, Phone Cases, and much more.

SSSniperWolf is a British American YouTuber and a popular social media personality with an estimated net worth of $7 Million US as of 2022. She is one of the world’s highest-paid gamers and social media stars, and she rose to prominence after sharing her gaming material on social media. Her main source of attention stems from her successful careers on YouTube and Twitch, where she has already amassed a sizable fortune.

She uploads around one video a day and her channel gets over 10 million views per day across her whole channel. Alia Marie Shelesh is generating around $13,000 per day just from YouTube ads alone. Her source of income also comes from the brand promotions and sponsorships, which she promotes on her social media accounts. She invests in cryptocurrencies such as Bitcoin, Shiba Inu, Loopring, Ethereum, etc.

SSSniperWolf earns over a million dollars per month, and her net worth is skyrocketing. According to a Forbes Magazine study from 2017, SSSniperWolf was named the #1 gaming influencer.

Is SSSniperWolf is a millionaire?

SSSniperWolf is a British American YouTuber and a popular social media personality with an estimated net worth of $7 Million US as of 2022.

How much money does SSSniperWolf make in a month?

SSSniperWolf is making more than 1 million dollars in a month and her net worth is growing incredibly.

How old is SSSniperWolf?

What is the real name of SSSniperWolf?