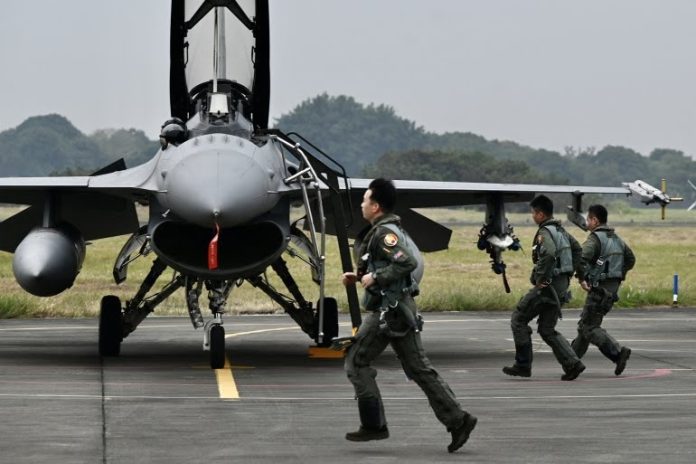 In the most recent flare-up of tensions and greatest intrusion since late May, Taiwan scrambled jets to warn away 29 Chinese aircraft in its air defence zone, including bombers that flew south of the island and into the Pacific.

Despite not having been occupied by China for 70 years, Taiwan, which China claims as its own territory, has protested recently about frequent Chinese air force incursions near the democratically-ruled island, frequently in the southwest portion of its air defense identification zone, or ADIZ.

READ ALSO
Obasanjo - Why I allowed Abacha arrest me

The bombers, accompanied by electronic warfare and an intelligence-gathering aircraft, flew into the Bashi Channel, which separates Taiwan from the Philippines and into the Pacific, before turning back to China on the same route.

Taiwan sent combat aircraft to warn away the Chinese aircraft, while missile systems monitored them, the ministry said.

It was the largest incursion since Taiwan reported 30 Chinese aircraft in its ADIZ on May 30. The largest to date this year occurred on Jan. 23, involving 39 aircraft.

“But there’s no way #Taiwan will cave in & surrender its sovereignty & democracy to the big bully. Not a chance!,” Wu said on Twitter.

China’s military said last month it had conducted an exercise around Taiwan as a “solemn warning” against its “collusion” with the United States.

Last month U.S. President Joe Biden angered China by saying the United States would get involved militarily if China were to attack the island.