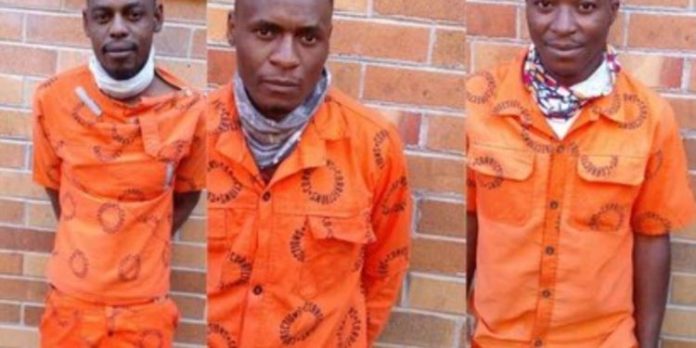 Ndou Lukase Rembuluwani, 29, Ndou Ben, 29, and Khoza Ngobeni Small, 28, were found guilty on Monday by the Limpopo High Court in connection with 25 crimes that were perpetrated in the Seshego and Westenburg regions in September and October 2017.

“The trio was among the group of criminals who were calling themselves ‘Boko Haram’, terrorising communities around the said areas by committing serious crimes that included murder, attempted murder, possession of unlicensed firearms and ammunition, house breaking with the intention to rob, robbery with aggravating circumstances, malicious damage to property, theft and house robberies,” said police spokesperson Brigadier Motlafela Mojapelo.

“They were also convicted for contravening immigration laws for being in the country illegally,” he added.

The Magesi Football Club players were among those that were held at gunpoint at the team’s clubhouse on Wednesday, October 18, 2017, and had their cellphones, soccer gear, shoes, and clothing carted away.

Following an attempted robbery on Thursday, October 19, 2017, in which an accomplice was allegedly shot dead by the victim, police detained the men. According to Mojapelo, the investigating officer got a tip from a hospital the following day.

“According to the information, the suspects sent their girlfriends to go to the hospital and check if their accomplice was brought in. The police immediately activated a snap operation consisting of detectives and Public Order Policing members. On arrival, they found the suspects’ girlfriends, who led the police to Seshego, where the suspects were hiding,” said Mojapelo.

Police detained the three individuals and found some of the stolen goods. The three defendants were subsequently given a total of 128 years in jail by the court.