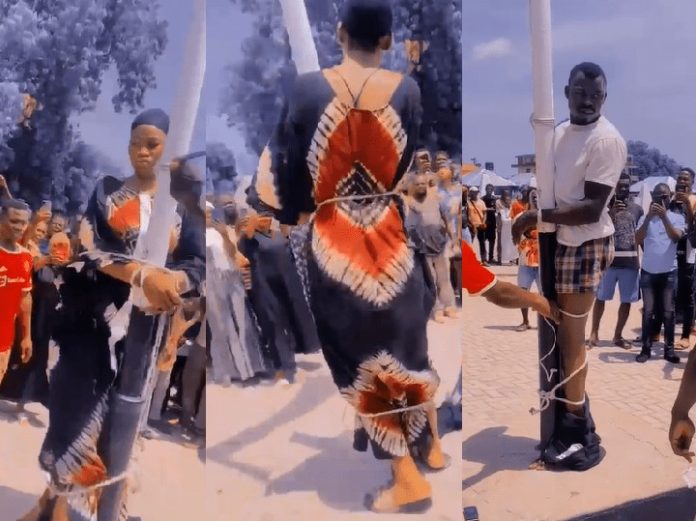 Two lovers, a tricycle driver and a ticket seller at the Wa Central Market in the Upper West Region – have received 20 lashes each after their sex tape leaked on Social media.

The duo were flogged after the Overlord of the Waala Traditional Area, Wa-Naa Fuseini Seidu Pelpuo IV ordered their caning by some youth in Wa.

It is alleged that the lady in question uploaded the sex video on social media on Sunday, May 29, 2022.

The two were therefore lashed as their action was against the customs and tradition of the Waala Traditional Area.

Initially, the two lovers were supposed to take 100 canes each but it was reduced to 20.

The Waala Traditional Area constituted a by-law in late 2021, banning such practices after it was observed that leaked sex tapes were on the surge amongst the youth in the Wa municipality.