Home Entertainment VIDEO: Bobrisky shows of wads of cash she received from his housewarming... 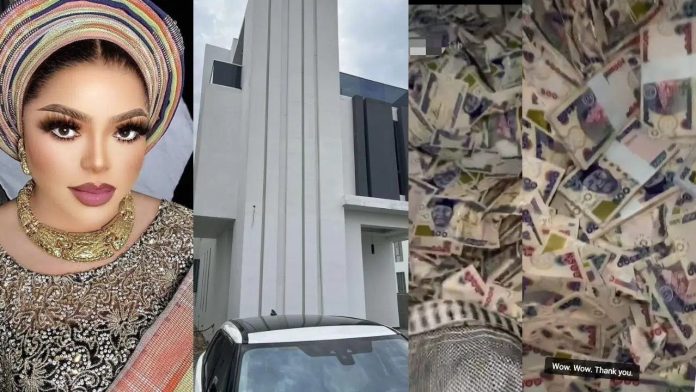 Olarenwaju Idris, also known as Bobrisky, a popular cross-dresser and social media influencer, has flaunted mounds of cash he received.

On Sunday, June 19, the ‘Rich Queen of Lagos,’ as he is affectionately known, opened his multimillion-naira mansion.

Despite rumours that the house doesn’t belong to him and instead belongs to someone else, the crossdresser has displayed the mountain of cash she received at her housewarming party.

The human Barbie doll reportedly had wealthy friends attend his housewarming celebration and had amassed a large sum of money.